Top 10 Batsmen Who Slapped Most Sixes in ODI Cricket 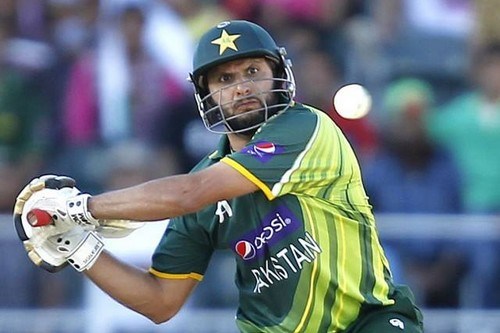 Cricket is not just a game of boundaries and sixes, but I think I’m in minority with those who always admire great fast bowling and batsmen who counter them with authority. In the World of Cricket, there are some great batsmen like Sachin Tendulkar, Mohammad Yousuf, Ricky Ponting, Rahul Dravid, Jacques Kallis etc. but I’m really not looking at them. I’m looking at my Top ten Batsmen who can tear any bowling attack apart. These batsmen are a bowler’s nightmare, they can be match-winners on their day.

Today’s cricket, inspired by T20, is more about sixes which lands us onto the question ” which batsman has hit most sixes in ODI cricket career?”  The answer is! No other than Pakistan’s swashbuckling all-rounder Shahid Afridi hit most sixes in ODI cricket. Best known as Boom Boom, started his career as leg spinner, scored century the first time he went out to bat which is still the fastest ever, and changed his career forever. He is known for his aggressive batting style, and holds many individual records. If you notice, Shahid Afridi also has the highest strike-rate among the greatest six hitters. Here, below is list of top 10 Batsmen with most sixes in ODI cricket.

The former Australian wicket-keeper Adam Gilchrist , He has slammed 149 sixes in 287 matches and 279 innings and hit an exceptional number of fours as well –1162. Gilchrist maintained a strike rate of 97 and average of 36.

At 8th position, the Kiwi batsman Chris Cairns. He has 153 sixes to his credit in 215 matches and 193 innings. Cairns only managed 345 fours at a strike rate of 84 and with disappointing average of 29.

The current New Zealand skipper, Brendon McCullum has 156 sixes to his credit in 229 matches with 199 innings. McCullum has also hit 462 fours with a strike rate of 90. His average of 31 is highly disappointing.

The retired Australian legend slammed 162 sixes in 375 matches and 365 innings. Ricky Ponting Punter hit 1231 fours during his ODI career with strike rate of 80 and average 42.

The cool man, The Indian skipper has so far blasted 175 sixes in 243 matches and 214 innings. In addition, MS Dhoni hit 625 fours, while maintaining a strike rate of 89 and stunning average of 53.

The Indian legend, Tendulkar slapped 195 sixes in 463 matches and 452 innings. Till date, Sachin Tendulkar is the only batsman to international to have hit more than 2000 fours. He has 2016 fours to his credit. He maintained a strike rate of 86 and average of 45.

Gayle, the Jamaican cricketer who plays international cricket for the West Indies took the 3rd place. Chris Gayle has blasted 204 sixes in 255 matches and 250 innings. He has 1009 fours to his credit and his strike rate is 84 and average is 38.

The former Lankan great cricketer Jayasuriya is at No.2 with 270 sixes in 445 matches and 433 innings. Sanath Jayasuriya also slapped 1500 fours during his ODI career. He maintained a strike rate of 91 and average of 32.

Pakistani Pathan, Boom Boom Afridi is at number one having thrashed 333 sixes in 377 matches (349 innings). While he has 683 fours to his credit and an unbelievable strike rate of 115.61. He has highly disappointing average of 23.62. -wonderslist