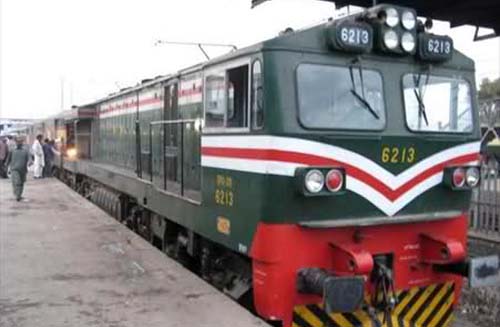 The financial position of Pakistan Railways has  improved tremendously after passenger and freight sectors attracted commuters and traders respectively after several measures taken by the PR administration. These views were expressed by newly appointed Pakistan Railways General  Manager (Operation), Muhammad Javed Anwar while talking to APP in an interview after assuming office as GM Operation here on Sunday at Lahore Railway Headquarters.

Citing some examples like reduction in fares up to the level of buses,  availability of locomotives in the freight sector which made it possible to ply up to 16 cargo trains in a single day, punctuality of passenger trains has been improved from 10pc to 55pc, fuel availability enhanced up to 15 days from zero level to streamline operation of trains and last but not the least several hundred acres of railway land has been retrieved so far, he said and added the PR administration had made an all-out effort to revive the department. Javed Anwar said that due to strenuous efforts of Minister Khawaja Saad  Rafique, PR managed to attract passengers who had left railways and were using road facilities for their travel because of many reasons including easy availability of buses and vans. He claimed that in his tenure as GM, PR passengers would witness more facilities in near future.

Javed Anwar said that as massive revenue could be generated through cargo trains instead of passengers trains, the department had decided to restore freight trains to the extent of two trains daily from Karachi port to up-country, with hopes of increasing it to 8-10 trains by the end of the current financial year. The step will not only improve the financial position of the entity but also become a source of prosperity for its employees, he said and added that only transport of oil through cargo trains would fetch Rs 4.4 billion annually while around Rs 5 billion revenue could be earned through dispatching export/import containers through freight trains. He said they had chalked out a plan to promote cargo service rapidly.

For this, we need locomotives. In this regard, a project for rehabilitation of 27 locomotives is also in progress and it is expected that two locomotives a month will be rehabilitated and inducted into freight operations, he added. Javed Anwar said that though Pakistan Railways had valuable assets worth billion of rupees in the shape of land but unfortunately it was illegally occupied.  He, however, claimed that for the last few years, his department had started a campaign against illegal occupants and retrieved around 27,04,750 acres land so far.  He said the department was facing challenges as most railway land had not been transferred to the department and it was still in the provinces names. If the lawful hurdles are removed, Pakistan Railways can earn significant revenue by building shops, markets and plazas on the retrieved land, he added.

To a query, the newly-appointed GM Operation said that he did not believe in downsizing. He said he believed in enhancing workload so that all surplus employees could be engaged. Answering a query, the GM Operations said Lahore-Karachi double track had been completed and would be inaugurated very soon. He said that with the inauguration, speeds of trains would be improved and passengers would reach their destinations on time, he added. Javed Anwar claimed that he was going to introduce not only a passenger insurance plan like Pakistan International Airlines (PIA) but also a plan to provide life insurance to PR employees. -nation