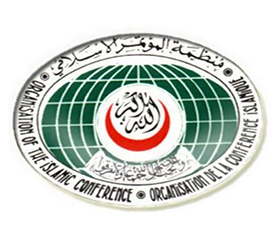 UNITED NATIONS, Sept 28 (APP): The Organization of the Islamic Conference stands for the resolution of the Kashmir dispute through negotiations between India and Pakistan on the basis of the United Nations Security Council resolutions, the head of OIC has said. “Our position on the Kashmir dispute is parallel to the United Nations,” Ekmeleddin Ihsanoglu, Secretary General of OIC, told correspondents during a press conference at UN Headquarters in New York on Monday afternoon.

Responding to a question, he said the OIC cannot bridge the differences between the parties concerned because India does not recognise the role of the organization in the dispute. On other subjects, Ihsanoglu called on the international community to counter hatred, intolerance and discrimination against Muslims everywhere, saying that the acts of few extremist fanatics were being used to associate Islam with terrorism.

“(Osama) Bin Laden cannot represent the Muslim world.  Any fanatic anywhere in any country on any continent has no license to represent Islam”, hsanoÄŸlu said. He said that during their Annual Coordination Meeting, held last Thursday in New York, OIC Ministers for Foreign Affairs had adopted a declaration on countering Islamophobia.  The declaration, among other things, expressed deep concern over the growing violent acts against Muslims in some Western societies and called for global awareness of its dangerous implications for world peace and security. Negative stereotyping on the basis of religion, faith or race was wrong, he said.

Terrorism and anti-Western and anti-American views could not be associated with Muslim countries and Islam anymore than the burning of the Koran could be equated with the United States and Christianity.
“We are against these hate-mongering campaigns,” he said,Â  He lauded the United States Government and community and religious leaders for speaking out against and preventing the recently proposed burn a Koran day from becoming a reality. We think that, in this case, American public opinion has shown a great maturity; the American Administration has shown great responsibility.

On the Middle East peace process, he said Israel should suspend all settlement activity in the Occupied Palestinian Territory.  OIC supported direct talks between the Israelis and Palestinians and it continued to support the Arab Peace Initiative, aimed at normalizing relations between Arab countries and Israel, in exchange for Israel’s full withdrawal from the Occupied Territory and creation and recognition of an independent Palestinian State.

“We are for a peaceful vision whereby a Palestinian State with its capital as East Jerusalem lives side by side with the State of Israel,” he said. The problem is nobody knows whether Israel shares this vision or not. In the past 20 years, one Israeli administration after another had demanded and won concessions from their Palestinian counterparts, but then refused to make good on promises to them,saying they were not responsible for the agreements of preceding administrations.

“I think now it’s high time for everybody to honour their commitments and we are supportive of President [Mahmoud] Abbas  position on this case, he said. Asked what he would say to Israel’s officials on fostering the Middle East peace process today, he stressed the need for peaceful coexistence among all religious groups in the region and a two-State solution, adding that: “We should not really punish the Palestinian people because there was a Holocaust in Germany.”
Asked if OIC would accept a Jewish State of Israel next to a Palestinian State when the Palestinian Authority President had not, he said the matter was for the Palestinian leadership and that OIC would support whatever it decided.  On a question about weapons of mass destruction in the Middle East, he said ridding the region of such weapons was the best way to reduce tension, conflict, bloodshed and competition for armament.  Double standards on disarmament must end.
“We have to have one yardstick,” he said, stressing that no country should be exempt from weapons inspections and all must abide by the same rules set by the Security Council, International Atomic Energy Agency (IAEA) and other international bodies.
Moreover, nuclear disarmament must be integral to the peace process.  Asked about the Iranian President’s statement last week calling for a United Nations investigation into the 11 September 2001 attacks and saying that most people believed the United States Government had orchestrated those attacks, he said he disagreed with that assessment – APP