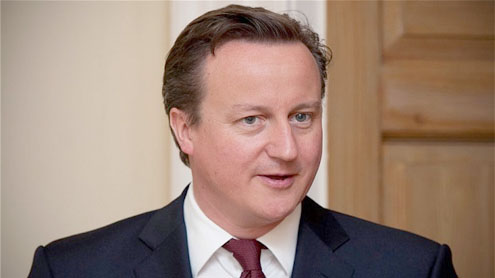 The Coalition’s reforms are taking place too slowly and need to be speeded up by “reinventing government”, David Cameron declared last night.

The Prime Minister voiced his frustration at the performance of some Whitehall departments as he attempts to implement the “radical” promises he has made in the Coalition’s first two years.He said the Civil Service faced far-reaching reform because the Government needed to be “leaner, swifter, more effective”. Giving a passionate defence of his premiership, Mr Cameron said that a large part of his job was “shaking things very hard to get things done quickly”.

The Prime Minister spoke about his management of the Government and his own leadership style amid growing questions from Conservative MPs about his grip on the Whitehall machine and his overall agenda.Close allies such as Steve Hilton, the recently departed Downing Street policy chief, are said to worry about Mr Cameron’s relaxed approach and appetite for radical reform. Speaking at a Nato summit in Chicago, Mr Cameron dismissed reports that he spends too much time “chillaxing” or playing computer games. The job of Prime Minister is “extremely demanding, and takes huge dedication and work”, he said.

Mr Hilton, who is on sabbatical at an American university, is one of several senior Conservatives who have expressed anger at the Civil Service, accusing Whitehall officials of blocking many Coalition plans. Mr Cameron last year faced a Civil Service backlash after describing officials as the enemies of enterprise. Some senior Whitehall figures privately feel ministers are blaming officials for their own failings.Yesterday, Mr Cameron insisted that the organisation must change.“There are great strengths in the British Civil Service, but there are real changes that need to be made as we move towards leaner, swifter, more effective government,” he said.

“I can assure civil servants that we respect their vocation and impartiality. But at the same time, they are up for radical reform as we reinvent government.”Civil Service reforms due in the next few weeks are expected to introduce tougher performance rules, making it easier for underperforming officials to be dismissed. Outsiders from consultancy firms and think tanks will also be given a greater role in Whitehall.

On Saturday The Daily Telegraph disclosed ministers’ frustrations at the flexible working arrangements enjoyed by tens of thousands of civil servants which allow them to earn up to three extra days off a month by working above 36 hours a week. “We have at its best a very effective and impartial machine with a strong ethos of public service,” Mr Cameron said, singling out diplomats from the Foreign and Commonwealth Office for praise. He added: “I do think there are many, many strengths. Does that mean it does not need to be reformed? Not at all.”

Mr Cameron also disclosed that much of his working time is taken up with “progress chasing,” driving ministers to go faster in implementing the Coalition’s agenda. In his first two years as Prime Minister, Mr Cameron adopted a “hands-off” management style, giving ministers autonomy over their departments. Now, he said, he is focused on ensuring “a balance between promoting good people to the Cabinet and trusting them to deliver, but also making sure that No 10 is a driver for change”.

He cited several programmes where he is pushing for better or faster progress. He said: “Is the Green Deal delivering on time? Are our welfare reforms working? Is the free schools programme going fast enough? Are the changes to the immigration system coming in?“That is how I spend my time, driving change from the centre, at the same time as recognising the key to good government is good ministers who have clear instructions about what needs to be done.”Sometimes, he said, that means he has to intervene in departmental business. “No 10 does have an important role, not just in progress chasing, but in shaking things very hard to get things done quickly,” he said.

He cited problems with border checks at Heathrow where delays prompted warnings that the Olympics will be hampered. Mr Cameron said that after intervention from No 10, Theresa May, the Home Secretary, found more money in her budget to increase the number of immigration officers checking passports.The Prime Minister also defended his political agenda. “This Government has been extraordinarily driven and radical,” he said. Examples of “huge structural reform” included changes to public sector pensions, student fees, and the tax system. – Telegraph