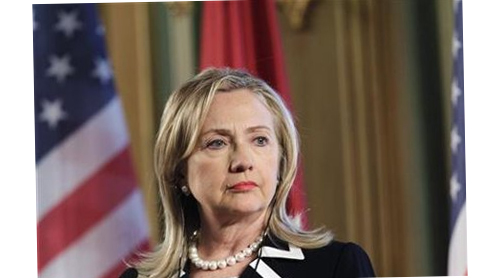 The designation, which includes countries such as Australia, Egypt and Israel, gives preferential access to US arms exports and defence co-operation.

The announcement was made by US Secretary of State Hillary Clinton on an unannounced visit to Afghanistan.  It comes ahead of a major donors’ conference in Japan, which is due to discuss aid to Kabul after most Nato-led troops leave the country in 2014.  Participants at Sunday’s meeting in Tokyo are expected to commit almost $4bn (£2.6bn) in annual development assistance to Afghanistan.  The country’s central bank says it needs more than $4bn in aid each year, on top of $4bn for security forces.   A senior British official described the task of raising that money at the Tokyo conference as an unprecedented challenge,  Afghanistan is seeking firm commitments, but donors at Tokyo’s meeting are also seen as likely to demand guarantees from Kabul on good governance and transparency.

Ms Clinton said after talks with President Hamid Karzai that awarding Afghanistan the new status was a “powerful symbol of our commitment to Afghanistan’s future”.  She added: “We are not even imagining abandoning Afghanistan.” The change, which comes into effect immediately, makes it easier for Kabul to purchase US military equipment and simplifies arms export procedures.  However, it will be many years before Afghanistan is in a position to buy weapons for itself, relying as it does on foreign support, the BBC’s David Loyn in Kabul reports.  The last country to be granted major non-Nato ally status was Pakistan in 2004.

Nato leaders meeting in Chicago in May endorsed plans to hand over combat command to Afghan forces by mid-2013. After the full Nato withdrawal in 2014, only training units will remain.  At the Chicago meeting, US President Barack Obama issued a pledge that Washington would not abandon Afghanistan.  Earlier in May, Mr Obama and Mr Karzai signed a 10-year strategic partnership agreement outlining military and civil ties between the countries after 2014.  There are fears that the pullout could lead to Afghanistan sliding back into chaos, destroy its fragile economic recovery and reduce international donors’ willingness to provide aid.  Taliban and other insurgents have stepped up attacks in recent months.-BBC