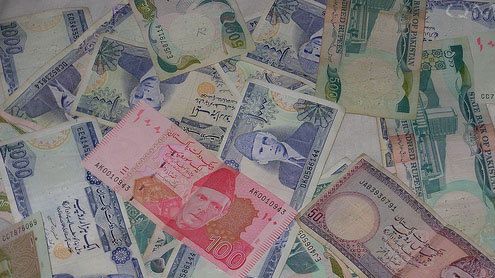 We are becoming a people fast on track to self-destruction, ruining ourselves and destroying whatever weak social security we have.

Public property is being lost as a consequence of violent protests. Market closures because of road blockades by protesting demonstrators are becoming a frequent affair. Public and private offices are experiencing staff deficiencies because of rising absenteeism triggered by public protests.

Businesses are down and commercial activities sluggish. As a consequence, the society, at large, is paying a price that seems to be far greater than its ability to afford. People are suffering insufficient incomes and finding difficult to meet their rising costs.It is not only the economic costs that we should be bothered about. There is more to it than what we can see with eyes.

Social unrest is on the rise and tolerance diminishing. Public confidence in civil administration’s ability to ensure people’s safety and protection to private property is eroding. People seem to have started taking their saviours (men in positions of authority) as outsiders. A sense of neglect is felt deeper particularly in difficult times.Our cities have become so fragile that in event of violent protests people are taken hostage by mob rule. People living in rural and semi-urban areas are facing far greater challenges than folks in cities.

July 4, 2012, was one such day when mob rule took hundreds of thousands people in Peshawar hostage. They lost their freedom of choice and ease of mobility to protesters.In a fit of anger hundreds of protesters from Tehkal area blocked the provincial capital’s main artery for over four hours, from 7:30am till 12:30pm, registering their voice against prolonged power outages.Businesses remained closed on both sides of the road at a stretch of about two kilometers near Tehkal on way to the University of Peshawar from Peshawar Cantt. Thousands of commuters suffered as they had to walk to reach their destinations after the public and private transport was rendered immobile.

An equally large number remained stuck in taxis and cars on a day when temperature touched 48 degrees Celsius in Peshawar.Many were constrained to stand in the open; out of their vehicles as the inside temperature became unbearable. Sun was pouring heat over their heads and blacktopped road was boiling under their feet.It was a scene that was not new for the people. Perhaps, their past experience helped them to learn the difficult ways of living a life that is governed by circumstances beyond their control in a city where insecurity has been under the spotlight being the most pressing issue confronting its citizens.

Many have, apparently, learned the difficult art of adaptation, passing the most unfavorable circumstances with tremendous patience.For example, a young bearded man, who was transporting a flock of chickens in his mini caged-like auto rickshaw, kept spraying the birds with water, protecting them from getting suffocated. His survival instincts were at work to keep his flock alive in a small cage that was insufficient for too many chickens he was transporting on that day.

Another bearded man, who was transporting a large consignment of potatoes, cabbage, and meat in a Suzuki carry to his eatery in Hayatabad, was sprinkling water on the consignment to keep the vegetable fresh under scorching heat. After remaining stuck up for hours in the gridlock he finally sold out some of his potatoes and cabbage to nearby shops. A better business judgement prevailed on his part, hopefully helping him to cut down his financial losses.Like many stranded commuters he did not attach hope on the civil administration whose officers were seen with greater skepticism.

Police came to the scene over an hour after the protesters took things under their control. Similarly, a senior civil administration officer, clad in a starched white shalwar-kameez suit was two hours late and took more than two-and-a-half hours to remove the blockade.The protest and the resultant closure of the market carried economic costs. Businessmen and daily wagers lost a full day of commercial activities.Economic prosperity cannot be achieved without first ensuring stable business environment in our cities and towns. Without achieving economic freedom for all, our efforts to establish a true democracy in the country, too, would remain a far cry.

It is an internationally acknowledged notion that markets support democracy through growth. Conducive business environment makes it all important for markets to flourish. While the political parties in power have not been able to impress with their style of governance, the opposition parties have played a sorry part in giving air to negative tendencies in the society by resorting to a politics of protests and mass agitation. – Dawn