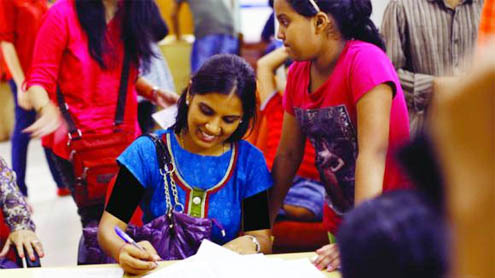 NEW DELHI: Thousands of Indians crammed into telegram offices on Sunday to send souvenir messages to friends and family in a last-minute rush before the service shuts down after 162 years.

Sunday was the last day that messages were accepted by the service, the world’s last major commercial telegram operation, and the Central Telegraph Office in New Delhi said it was geared up to tackle the expected rush.“We have increased the number of staff in the expectation that the number of people will grow at our counters,” telegraph senior general manager Shameem Akhtar told AFP.

“We will take the final telegram at 10 p.m. (1630 GMT) Sunday and try to deliver them all the same night and the remaining would be sent on Monday,” he added as dozens waited to hand over messages handwritten on slips of paper. – ArabNews