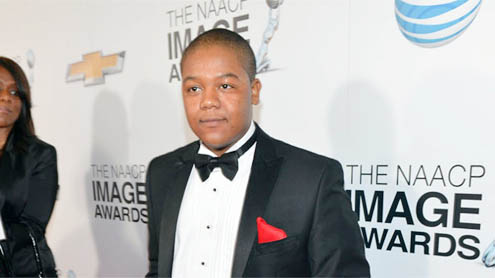 Former Disney Channel star and Dancing with the Stars contestant Kyle Massey wants the world to know that, despite Twitter rumors spreading like wildfire, he is not dying of cancer.

The 21-year-old former That’s So Raven actor is doing just fine, but is upset that someone would start a rumor like that, given his family history with the disease.Kyle tells ET in a lengthy statement, “Over night it was trending on Twitter that I am dying of cancer. I want to say first, ‘I do not have cancer,’ and I don’t know where this inconsiderate and insensitive rumor originated from.

Cancer is a disease that is very personal to me and my family. I have had 2 uncles and a very dear friend who passed away in the last two years from cancer and my Granddad currently has prostate cancer and my Grandmother is currently in a nursing home because of Alzheimer’s Disease…So, making light of any illnesses that a person has no control over getting is not something to joke about or make light of!

“My team and I are making every attempt to find out the original source of this story because it’s just not cool.”I support Children’s Hospital of Los Angeles through Disney Channel and Britti Cares International in support of children with various diseases and illnesses and donate my time with pride and dignity.”This hoax is just plain classless! Especially in light of the various tragedies happening this weekend and the Trayvon Martin verdict.”We, for one, are glad that this turned out to be just a rumor. – Yahoo.TV