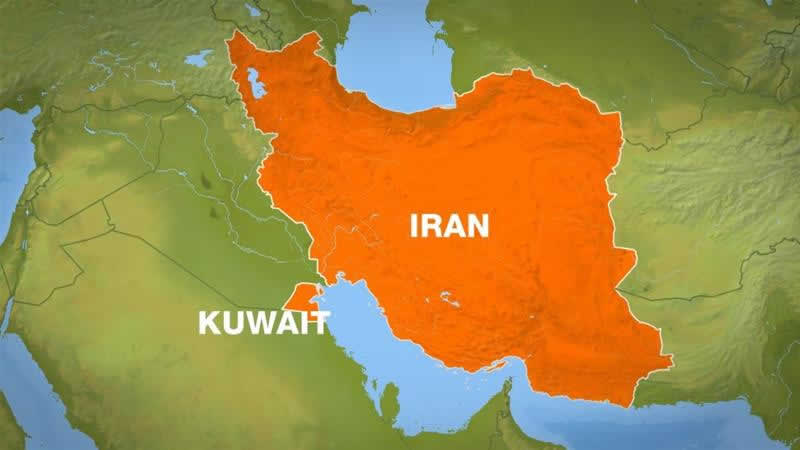 Kuwait on Thursday expelled Iranian diplomats and closed some embassy missions after the emirate s top court convicted a “terror” cell of links to the Islamic republic, prompting Iran to threaten reciprocal measures.

Sunni-ruled Kuwait, which has a sizeable Shiite minority, is trying to mediate an end to the Gulf s worst crisis in years after regional powerhouse Saudi Arabia and its allies cut ties with Qatar in June. They severed relations with energy-rich Qatar over accusations it is too close to Shiite Iran and funds extremists allegations denied by Doha. A Kuwaiti supreme court ruling last month convicted 21 people of belonging to a cell that had been formed and trained by Iran s Revolutionary Guards. Iranian sides helped and supported the cell members,” Kuwait s foreign ministry said in a statement. A senior government official, speaking on condition of anonymity, told AFP around 15 Iranian diplomats were expelled.

He declined to comment on whether the Iranian ambassador, Alireza Enayati, was among them. Kuwait also ordered the closure of the Iranian “military, cultural and trade” missions, the official said. Iran reacted angrily, saying the accusations it was behind a terrorist cell were baseless and threatened to take similar steps. Iran s strong objection has been communicated to Kuwait s charge d affaires,” Iran s foreign ministry spokesman, Bahram Ghasemi, said in a statement on his Telegram channel. It was reiterated that Iran reserves the right to a reciprocal measure,” Ghasemi added.

An Iranian foreign ministry spokesman said the Kuwaiti charge d affaires was summoned and told “it is regrettable that Kuwaiti officials, in this sensitive situation in the region, instead of making an effort to reduce useless tensions… have targeted the Islamic republic with baseless accusations”, according to Ghasemi. Kuwait s supreme court last month sentenced the mastermind of the cell to life in jail and condemned 20 others to various prison terms for links with Iran and Lebanese Shiite militia Hezbollah, and plotting terror attacks in Kuwait.

State Minister for Cabinet Affairs Sheikh Mohammad Abdullah Al-Sabah, who is also acting information minister, confirmed Kuwait had taken diplomatic action against Iran. Following the supreme court ruling on the case… the government of Kuwait has decided to take measures, in accordance with diplomatic norms and the Vienna Convention, towards its relations with the Islamic Republic of Iran,” he told AFP.

The latest development comes amid escalating tension in the Gulf, involving Qatar and four Arab countries Saudi Arabia, Bahrain, the United Arab Emirates and Egypt. Analysts have warned the crisis could break apart the six-nation Gulf Cooperation Council, whose members are Saudi Arabia, Bahrain, Kuwait, Oman, Qatar and the United Arab Emirates. Kuwait has not imposed sanctions on Qatar and has positioned itself as a neutral party in the crisis.

Kuwaiti authorities busted what they said was a “terrorism” cell with ties to Iran in August 2015 and seized large quantities of arms, ammunition and explosives. Cell members were convicted of working for Iran s Revolutionary Guards and Lebanon s Hezbollah. They were also convicted of smuggling explosives from Iran. The only Iranian member of the cell was sentenced to death in absentia by the lower court early last year. Kuwait on Tuesday said 14 convicts were on the run while the newspaper, Al-Seyassah, has said they had fled to Iran by sea.

The cell was convicted by a lower court early last year but acquitted on appeal months later and set free. The supreme court, whose rulings are final, overturned their acquittal on June 18 and sentenced them to between five and 15 years in prison. In March 2011, a Kuwaiti court condemned four people of forming a spy cell for Iran. That led to the expulsion of ambassadors by the two countries but they returned a few months later.

Unlike most of its fellow GCC partners, Kuwait has maintained good relations with Iran in recent years. In February, Iranian President Hassan Rouhani visited Kuwait City a month after the emirate launched a dialogue with Iran in a bid to normalise Gulf-Iran relations. Around a third of Kuwait s native population of 1.35 million is Shiite.