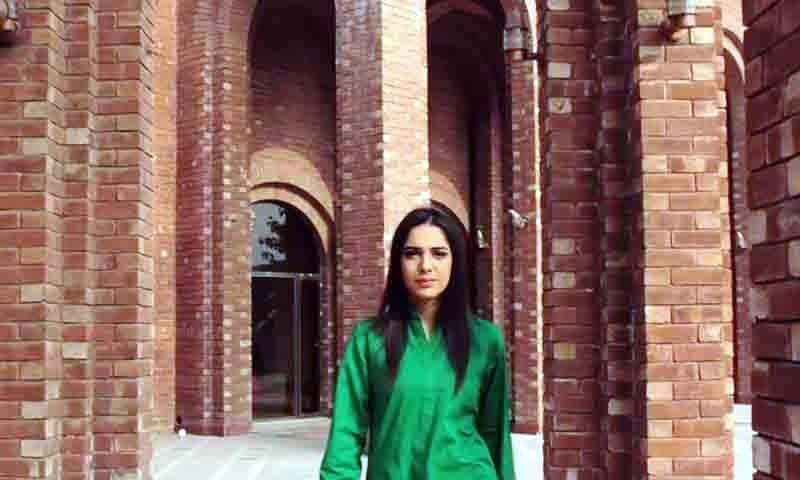 Social platforms Mishermayl and Aawaaz joined hands to release the first track out of their six song album initiative ‘Gao Suno Badlo’ (GSB) to commemorate the efforts of Pakistani women from all walks of life. Sung by Zainab Fatima, the lyrics of the song titled ‘Kaun Kehta Hai Bayikhtiyar Hoon Main’ have been penned by Aaliya Mirza and resonate with hope and optimism as they celebrate the idea of female empowerment.

The video starts with a newspaper clipping of Fatima Jinnah when she contended elections against Ayub Khan and moves on to the one about Benazir Bhutto becoming the first female prime minister of the country. It then follows the lives of different working women like a doctor, an artist, a lawyer, an engineer, a designer, a beautician as well as an activist. And along with featuring all these careers, a group of dancers performing on the song is also showed until the end of the track. The lyrics tell tales of women who have to fight for their rights, break stereotypes and go against conventions established by the society to pursue their dreams. It also honours Malala Yousufzai who now works for the cause of girls’ education. The song also pays tribute to other famous Pakistani women like Samina Baig, Maria Toorpakai and Asma Jehangir. The title of the song however echoes at the end of the song as the question is raised: “Kaun kehta hai bayikhtiyar hoon main. Kaun? (Who says I’m helpless? Who?)

(So many goals lay beyond these goals)

(Blisters on my feet kept on bursting)

(But my strength was carrying me through)

(I kept on dreaming, didn’t give up the good fight)

Talking to Dawn, Ali Aftab Saeed who is the production head for the initiative explained the idea behind GSB. “Our social platform Mishermayl collaborated with Aawaaz, which works for a similar cause, to combat different problems present in our society related to women emancipation, extremism or injustice toward the labour class,” said the singer and music composer. Giving details about Mishermyl, he added that it provided a platform for the arts to flourish. “We believe in change through arts — Mishermyl also refers to composition and scales (raag) in music. While I am heading and composing, the songs will have different singers and lyricists. I will hopefully be lending my vocals as well.” Saeed who shot to fame with Begherat Brigade’s satirical track ‘Aaloo Anday’ clarified that this initiative wasn’t even close to satire. “This is not satire, rather our cause is to celebrate women in this song and address social issues in the remaining series. The thing is that you just cannot do satire when it comes to such sensitive issues because we are focusing on the masses, and many do not understand satire and get offended.

This initiative is apolitical and aims at social welfare.” While the International Women’s Day will be globally celebrated on March 8, ‘Kaun Kehta Hai Beikhtiyar Hoon Main’ has been shared much earlier. Saeed provided the reason for the early release: “Yes, March 8 marks the International Women’s Day the world over but in Pakistan, February 12 holds the same importance because in 1983 during the regime of Ziaul Haq, some 200 women activists took to the streets to protest against the testimony law passed by the government. Poet Habib Jalib also participated in that protest and was severely beaten by the police. The song is to remember their services when they raised their voice against the injustice despite the restrictions imposed by the state. Even today, there are many women who are taking a stand against oppression and are fighting for equality and we have many examples, for example that like Malala Yousufzai.” He also talked about the upcoming songs in the series:

“There is a total of six songs, and we have released the first today. It will soon be followed by a song in March promoting inter-faith harmony and would be based on the story of deceased minister Shahbaz Bhatti. Then we’ll release another video in May on the International Labour Day highlighting the exploitation of labour. After that, there would be three songs, of which two would be posted in June and the third in August — one would be about children’s rights, about disparity in education and fundamental rights; second song will be about Father’s Day with a different angle — we will be showing the role of fathers in ending violence against women as well as encouraging daughters to participate in spheres of public life. The last of the six songs will be released on the the national day for minorities and we will pay tribute to all those great people hailing from different religious minority communities who have served the country.”