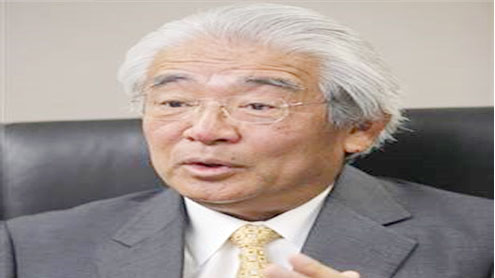 TOKYO: Toyota’s U.S. business has been a lifetime passion for Toshiaki Taguchi — from humble beginnings 50 years ago, when barely 100 Toyota cars were being sold a month, to the world’s No. 1 automaker today.At the automaker’s Tokyo office last year, Taguchi, 69, the former head of Toyota’s North American operations, watched with trepidation the live broadcast of President Akio Toyoda’s testimony before Congress, as he fielded allegations of cover-ups and dallying in carrying out massive recalls.Only in the last few weeks, has Taguchi breathed easier. He is even feeling a bit vindicated.U.S. regulators closed their 10-month investigation into the Japanese automaker last month and concluded that electronic flaws were not to blame for reports of sudden, unintended acceleration.The Transportation Department study, which received help from NASA engineers, said the acceleration cases were caused by mechanical defects, such as faulty floor mats and gas pedals already covered by recalls.Transportation Secretary “Ray LaHood even said his daughter drives a Toyota. I was very glad to hear that,” Taguchi, a stately quiet man with a shock of white hair, told The Associated Press, switching to English from Japanese to emphasize his point.Taguchi, now an adviser to Toyota, was quick to add it would likely take at least two or three more years before Toyota’s battered image in the U.S. can hope to recover, and acknowledged that overly speedy expansion was behind the recalls.When Toyoda on Wednesday announced a growth strategy targeting annual global sales of 10 million vehicles in the next several years, a record for any automaker, the company made a point of stressing that growth was not being pursued at any cost.

That attitude prevails at Toyota, a year and a half after the recall fiasco first hit.”We grew too fast in the last decade, with so many new models and plants. Now is the time to get back to basics,” Taguchi said in a recent interview at Toyota’s Tokyo office.’Back to basics’ for the maker of the Prius hybrid, Camry sedan and Lexus luxury models amounts to working once again from scratch on building customer trust, according to Taguchi.He should know.Taguchi was a key figure in building the Toyota brand in the U.S. The endeavor started when he was sent to its tiny Newark office as an intern in 1966, just two years after he joined Toyota.He went on to become president and chief executive of Toyota North America in 2000, following stints at the U.S. operations in the 1970s and 1990s.It was during the initial years he earned his American nickname “Tag” that’s still on his business cards today.Toyota cars were so rare in the U.S. back then, Toyota drivers would give each other friendly waves on the streets.

The company was fighting a different set of prejudices to woo skeptical buyers: Bitter memories of World War II, the stereotype that “Made in Japan” meant junk.Still, Taguchi never doubted Toyota would succeed in the U.S. — as long as it gained and then maintained a reputation for reliable products.And friendship with Americans came naturally for Taguchi.His mother worked as a typist at a U.S. military base in Japan in the 1950s — unusual for those times when middle-class Japanese women rarely held jobs, and Americans tended to be shunned as alien.Dominic Galardi, 80, president of A-1, a 48-year New Haven, Connecticut-based Toyota dealer, is one American who will vouch for Taguchi’s dedication.During his frequent visits to A-1, Taguchi made a point of walking around to every department and shaking hands with everyone, a major morale boost for his employees, Galardi recalled.

“He saw me grow from a little gas station to what we are now today,” Galardi said in a recent telephone interview. “He seemed like he could never be out of reach.”Today, Toyota is all-American, Taguchi says proudly, employing 30,000 Americans. Its dealers employ 100,000 Americans, and there are more if one counts suppliers, truckers and advertisers.But over the past year and a half, Taguchi was forced to watch the rapid unraveling of the once sterling reputation for quality that he had so painstakingly helped build over the decades.Toyota announced recall after recall, covering a wide range of defects, including faulty floor mats, sticky gas pedals and glitches in braking software, ballooning to more than 14 million vehicles globally.The company paid the U.S. government a record $48.8 million in fines for its handling of three recalls. Toyota faces dozens of lawsuits from owners in the U.S., including fatalities allegedly linked to defects.

“It takes a long period of time to build a brand. The scary thing is that it can come tumbling down with a mismanaged crisis or a recall,” said Mike Rozembajgier, Vice President of Recalls for Indianapolis-based ExpertRECALL, which handles recalls for major companies.Toyota needs to stay transparent, forthright and communicative about the recalls to win back customer trust, Rozembajgier said. “They’re taking steps in the right direction. But they’re still a long way to go.”What went wrong was the initial slow response, which drew suspicion that Toyota was hiding something and fostered the perception that quality had nose-dived, said Yoshihiko Natsume, a retired Toyota vice president, who oversaw quality control.”Toyota failed to assess the problem quickly and respond properly, despite its long experience in the U.S. and familiarity with the workings of U.S. society. And that may have come from a certain arrogance in becoming No. 1 in the world,” said Natsume, who has known Taguchi since the 1960s.

Taguchi agrees.”We did not do as complete a job as we should have in answering to the expectations of our customers and of society,” he said.In recent years, Taguchi has been active in several charities to foster U.S.-Japan grassroots ties, such as the Center for International Exchange.The organization, which sponsors annual “home-stay” programs, is based on a friendship 170 years ago between John Manjiro, a Japanese fisherman, and William Whitfield, a captain of an American whaling boat, who rescued the 14-year-old Manjiro when he was shipwrecked. Descendants of both families take part in the annual festivities.”At the heart of everything is what I learned at Toyota — respect for people at all times, doing your job with the other person’s needs in mind, and remembering there is always room for improvement,” said Taguchi – Yahoonews