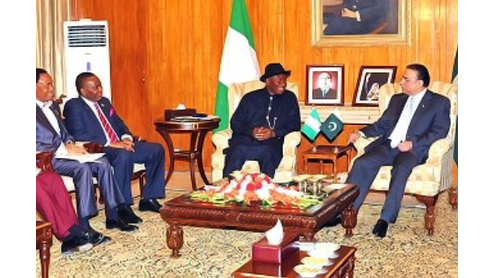 ISLAMABAD: Nigeria on Thursday handed over the chairmanship of Developing-Eight countries to Pakistan at the D-8 Summit held here.

He said collectively, the D-8 countries could carry forward their strategic vision for the prosperity of their peoples. He said seeing the committment of the member states, he was confident that the future of D-8 was bright.

The Nigerian President commended the work done by D-8 Secretary General Widi Agoes Pratikto. He wished Pakistan the best for assuming the chair.Later in his second address to the forum, the Nigerian President focused on greater integration among the D-8 member states and called for promoting trade and investment. He favoured free flow of goods and food among these countries.He stressed need for transparency at every level, which he said would enable the D-8 to achieve its goals in a solid manner. – APP