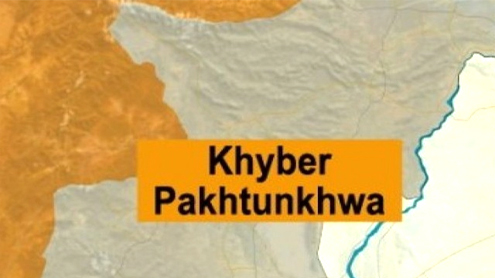 PESHAWAR : The decision to extend pension rights to all the Khyber Pakhtunkhwa public sector employees involved huge financial implications and the number of pensioners was expected to exceed the provisional estimates, officials said.

The provincial finance department and other relevant official quarters have been left with a huge workload to take care of in the coming months to know the exact financial impact of the move and the actual number of beneficiaries.“The finance department does not know the actual financial impact because the decision is the result of a private member bill that the provincial assembly enacted unanimously,” said a well-placed official.The provincial assembly enacted ‘The Khyber Pakhtunkhwa Civil Servants (Amendment) Act, 2013, on January 15, last, extending the pension net to thousands of employees, who were previously covered under the provincial government’s Contributory Provident Fund Scheme.

Abdul Akbar Khan, Pakistan People’s Party parliamentary leader in the provincial assembly, had moved the bill and sought extension of the right to pension and gratuity to all employees appointed in the provincial public sector entities after July 1, 2001.He told the provincial assembly that the new legislation would benefit some 94,000 employees, who were previously covered under the contributory provident fund scheme.“Whatever their (elected representatives) motives are behind the move or the province does not have the money or not, it is in its (legislature’s) power to take such decisions without determining the financial cost involved,” said the official.

No exercise had been carried out to know the financial impact of the new legislation, according to sources.According to knowledgeable circles the beneficiaries were likely to be far more than 100,000 instead of 94,000. The measure would benefit thousands of all those employees, too, who were appointed before July 1, 2001, but they opted to be covered by the provident fund scheme and gave up their right to pension.“In thousands of instances employees changed their service cadres after July 2001 and in doing so they relinquished their right to pension and opted for the provident fund scheme,” said an official familiar with the provincial employees’ service regulations.

He said that finance department did not know the exact number of all such employees, who opted to fall under the purview of the provident fund scheme after changing their service cadre, which was a normal process as public sector employees kept opting from one service to another.All such employees, he added, would now again be covered by the pension and gratuity scheme. As a result, the relevant official quarters would be required to go through such employees’ employment record to ascertain the figure of their individual contributions to the provident fund that were deducted at source from their monthly salaries ever since they opted for the provident fund.

“It means a lot of work as the service record of all such employees would have to be reviewed,” said the official.Another official said that the move would require the quarters concerned to review the individual service records of all the employees, who would benefit from the new legislation.The provident fund scheme had been introduced to control the provincial government’s growing pension bill.The Khyber Pakhtunkhwa government, according to an official, has a total of 130,000 pensioners. The government would spend Rs22 billion during the current financial year to make monthly payments to the pensioners, he added.

The pension bill, said a knowledgeable source, was set to touch the Rs40 billion mark in the next few years as thousands of employees retired every year and the number of pensioners would also grow accordingly.The government’s liabilities, on account of pension, would grow to an alarming level in view of the new legislation as all these 94,000, or more, employees, who were previously covered by the provident fund scheme, would now also fall under the pension net.“The new legislation would impact the provincial kitty by the year 2035 to 2040 when all those appointed in the public employment in 2001 or around this period would start retiring from the public service,” said a deputy secretary.

However, another official said that government could handle its future annual pension liabilities by enlarging the size of its pension fund. The fund was set up in late 1990s to use its profits to pay pension to the retired employees, reducing pressure from the government’s annual budget.The fund currently had around Rs12.5 billion with a divergent capital investments portfolio, said the official. The government intends to invest Rs2 billion into the pension fund during the ongoing financial year in continuation with the previous financial year when an identical amount had been diverted to the pension fund to enlarge its size. – Dawn