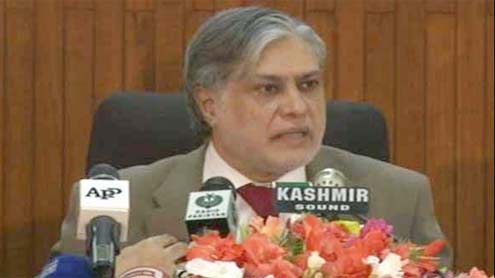 ISLAMABAD: The Finance Minister Senator Mohammad Ishaq Dar said on Friday that in the budget 2013-14 a scheme has been introduced which would enable youth to start their own business and loans would be made available to them in a transparent manner through the banking system.

He added that Small and medium enterprises have a special place in the strategy being formulated by the present government to revive the country’s economy. The Finance Minister said that during the previous government of Prime Minister Nawaz Sharif institutions like Board of Investment (BOI) and Small and Medium Enterprises Development Authority (SMEDA) were established to encourage business and facilitate them in the provision of a conducive environment.

These institutions, the Finance Minister said continue to be close to the heart of Prime Minister Nawaz Sharif.Senator Ishaq Dar said that the government intends to revamp BOI with the objective of making it one window one stop operation for investors.Similarly, the government, he said also intends to revitalize  SMEDA and reconnect it with the private sector so that they can benefit from the institution for setting up small and medium term businesses.Institutions like BOI and SMEDA the Finance Minister said have a key role in the government strategy of reviving the economy, he added.

Gregory C. Gottlieb said that USAID is ready to work with the Government of Pakistan and provide technical and technological support to BOI and SMEDA for enhancing the capacity of these organizations so that they can play an effective role in fulfilling their mandate.John Morgan , Director and Miss Komal Bokharey, Economic Advisor  were also the part of USAID delegation while senior officials of Ministry of Finance,Economic Affairs Division and Ministry of Industries and Production also attended the meeting. – APP