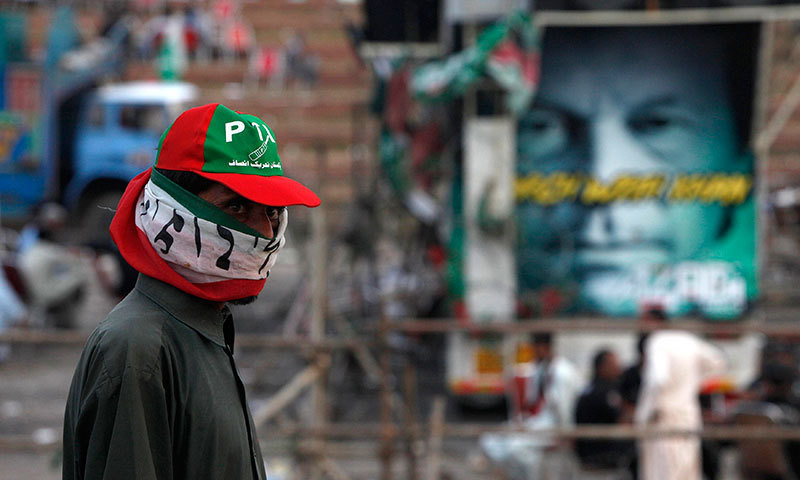 Expressing gratitude to the people of Karachi for observing ‘a complete strike’ on Dec 12, the Pakistan Tehreek-i-Insaf has appealed to Karachiites to also support the party’s countrywide protest call for Dec 18. Speaking at a press conference here on Sunday, president of the PTI’s Sindh chapter Nadir Akmal Leghari said that his party had written a new chapter in the history of Karachi by observing a peaceful protest and complete strike on Friday, which in the past used to be known for strikes with violence, igniting fire and killings. He said that the enthusiastic response and participation in the strike by the people of Karachi was also a proof that now Karachi was the city of the people who supported Imran Khan to bring a change in the country.

Accompanied by other PTI leaders, including Karachi president Najeeb Haroon, he said the last phase of the Plan-C was a countrywide protest on Dec 18 for which a strategy was being finalised to make it a success.

He appealed to the people that like the Dec 12 call, they should respond to the Dec 18 call by observing protests for a real change in the country. The PTI leader said that their party did not believe in politics of status quo or personality cult, feudal or big business but was striving to create a just society free of all sorts of corruption. He said that at present talks were on between the PTI and the government and if its outcome was not positive, a strategy would be announced for observing a countrywide protest and the places where sit-ins would be staged in Sindh.

At the outset, journalists protested over manhandling of their colleagues in Karachi on Dec 12 by activists of the PTI. Mr Laghari assured them that the elements involved in the incident would be taken to task. -dawn