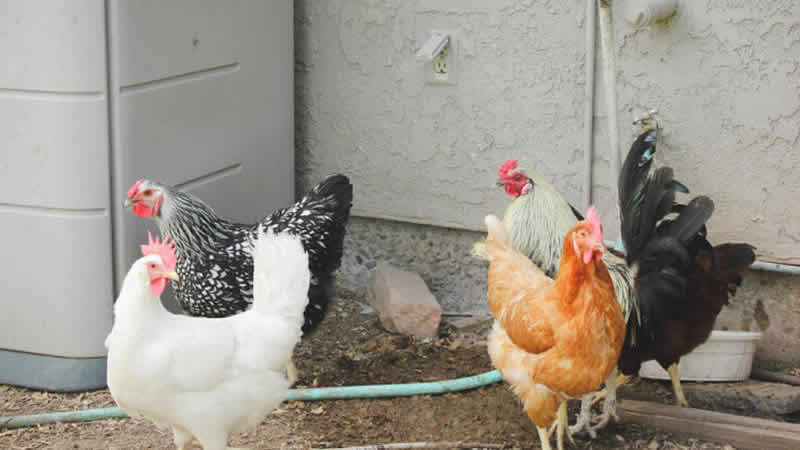 Ethiopian scientists have discovered mosquitoes are repulsed by the smell of chicken, raising hopes for the development of a novel way to prevent a disease that kills hundreds of thousands every year.

A team of insect experts led by Professor Habte Tekie at the University of Addis Ababa began their investigation after noticing that mosquitoes bite humans and other animals but stay away from chickens. We went into the chemical basis involved in repelling malaria mosquitoes by odours emanating from the chickens… The results show that compounds from chicken have very good potential as repellent,” Tekie told AFP. One theory for their behaviour is that mosquitoes see chickens as a predator, so seek to avoid them, he said.

Tests carried out in three villages in western Ethiopia showed that families that slept beneath a chicken in a cage overnight were mosquito-free in the morning, while homes without indoor poultry were not. The obvious challenges of sleeping with a bird suspended over the bed were addressed in a follow-up experiment in which villagers were supplied with vials of chicken extract. The results were similar. The findings, recently published in the medical publication Malaria Journal, will be used in a new collaboration with Swedish scientists to develop an odourless repellent.

This repellent will be safe for human use, (with) no residues contaminating soil or water or poisoning people and it can easily be integrated into malaria control operations,” Tekie said. Malaria threatens 60 percent of the population of Ethiopia, a nation of almost 100 million people. The chicken stock with a difference will be “entirely natural,” according to the scientist, and the chance of mosquitoes developing resistance is “minimal”. There is currently no vaccine against malaria, and the disease killed 438,000 people in 2015, according to the latest figures from the World Health Organization.

Dollar Down After Fed As Tokyo Leads Asia Sell Off

Dollar Down After Fed As Tokyo Leads Asia Sell Off