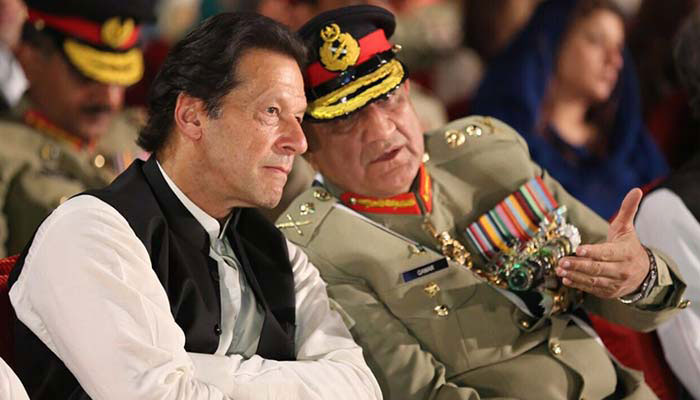 Chief of Army Staff (COAS) General Qamar Javed Bajwa on Friday met with Prime Minister Imran Khan and discussed professional affairs of Pak Army along with the security situation of the country.

Both leaders also discussed the Indian aggression in occupied Kashmir and along the Line of Control (LOC) during the meeting.

PM Imran lauded the efforts of the armed forces to facilitate economic and social progress of the country. He also praised them for defending and ensuring the stability of Pakistan.

According to details, the top army official lauded the courage and determination of soldiers for the safety of motherland and also vowed to continue steps for long-lasting peace and stability in the country.

General Bajwa appreciated the performance of Armoured Corps both in conventional and non-conventional combats.