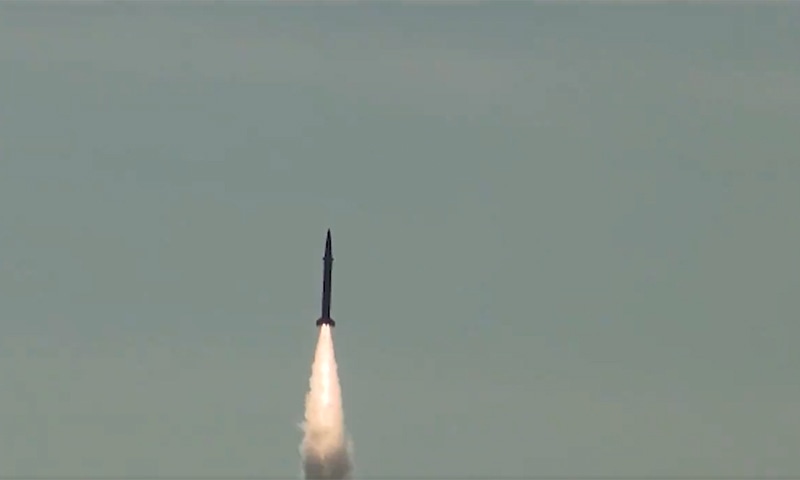 In a post on social-networking website Twitter, the media wing of the armed forces stated that Shaheen-1 is capable of delivering all types of warheads up to range of 650 kilometers.