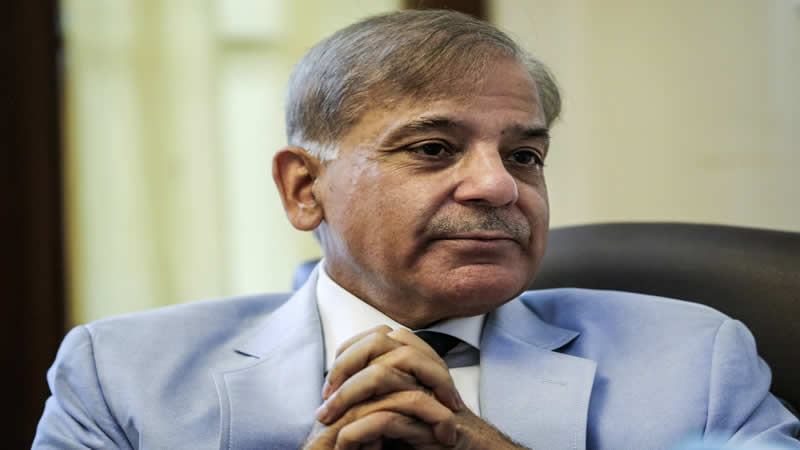 The Lahore High Court on Wednesday granted post-arrest bail to PML-N President Shehbaz Sharif in the money laundering and assets beyond means case initiated against him by the National Accountability Bureau (NAB).

An LHC division bench, headed by Justice Muhammad Sardar Sarfraz Dogar and comprising Justice Asjad Javed Ghural, heard the bail plea filed by Shehbaz, who is also the leader of the opposition in the National Assembly.

The former Punjab CM had filed the petition on medical grounds, the delay in the conclusion of the trial and other hardships.

A day earlier, Shehbaz’s counsel Azam Nazir Tarar had completed his argument, claiming that NAB could not produce evidence to establish that his client had received kickbacks and was involved in corruption even though he was in the custody of the anti-graft body since a long time.

On Wednesday, NAB special prosecutor Syed Faisal Raza Bukhari initiated his arguments imploring the court that Shehbaz’s family had assets of about Rs2 million before 1990 which reached Rs7 billion in 2018.

There are nine benamidars in the PML-N leader’s case. Shehbaz failed to explain where he had acquired Rs124 million from, the prosecutor added.

According to NAB, the assets of the Shehbaz family later multiplied phenomenally and Shehbaz and his sons set up nine business units from 2008 to 2018.

NAB had filed the reference on basis of an inquiry launched against Shehbaz after the State Bank of Pakistan’s Financial Monitoring Unit detected some shady bank transactions.

On November 8, one of the approvers against the Shehbaz family claimed that he carried out 24 money laundering transactions for the family between 2008 and 2009.

In a statement, the approver Shahid Rafiq said one of the accused in the case Qasim Qayyum used to look after the foreign remittances of Shehbaz’s family in 2008.

He had claimed that the money was sent from abroad through telegraphic transfers (TT) in the name of Qasim Qayyum’s employees. These TTs were received by MS Usman International Money Exchange.

The total of 26 TTs worth were sent to the account of Nusrat Shehbaz.

The total value of these TTs is about Rs137 million.

The NAB prosecutor argued that Rs50 million were spent on the then chief minister’s camp office, converting it into a house owned by the Shehbaz family.

The lawyer representing Shehbaz told the court that all assets owned by his client had been declared.

To this, the NAB prosecutor pointed out that he was not talking about the assets which had been declared.

“Our point is which were the sources from where these assets were made,” he added.

He argued that the assets were made after 2005 when TTs starting coming into accounts.

“Most family members of the Shehbaz family received TTs,” the prosecutor claimed.

Shehbaz’s counsel wrapped up his argument by telling the court that his client had been in the custody of NAB since a long time but the anti-graft body had failed to collect an iota of evidence of any corrupt practice or misuse of public office for any personal gain by the petitioner throughout his career.

He contended that Shehbaz was 70 years old and suffering from multiple diseases including cancer but the conduct of the jail authorities and health department has been callous and inhuman as unnecessary.

“Unjustifiable delays were caused in making requisite arrangements which deteriorated and affected the health of the petitioner adversely,” he added.

He pointed out that the petitioner was behind bars since September 28 last year and the trial was still at its initial stage.

“A total of 110 prosecution witnesses are cited in the calendar whereas the references comprises of hefty and voluminous record of 58 volumes,” he noted.

“As per the report by the trial court submitted before the Supreme Court in the bail matter of co-accused, it requires at least 10 to 12 months for the conclusion of the trial provided full cooperation by prosecution and all the 10 accused represented through separate counsels, nine prosecution witnesses had been recorded while the 10th prosecution witness was on progress when the judge’s transfer was made.”

In the peculiar circumstances, the lawyer added, the case of the petitioner has become a case of hardship.

“The proceedings against the petitioner by NAB are prompted by malafide intention, ulterior motive and considerations extraneous to law. Indeed, registration of series of cases in quick succession and repeated arrests of the petitioner on behest of the government are classic examples of misuse of process of the bureau to muffle the voice of the petitioner as the leader of the opposition in the National Assembly.”

The lawyer said the discriminatory approach of NAB on one side of the political divide for the last two and half years had adversely affected its image and credibility as almost all the senior leadership of opposition parties had been subjected to oppression, harassment and unjustified detentions for prolonged periods in flagrant violation of law and constitutional guarantees.