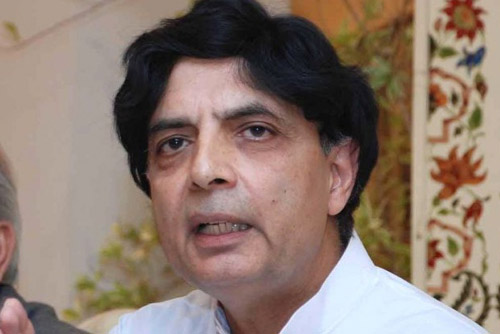 In an attempt to salvage the foundering peace process, the government on Tuesday said that a meeting with the Tehreek-e-Taliban Pakistan [TTP] intermediaries has been convened on Wednesday (today) to discuss the group’s refusal to extend the ceasefire.

“Interior Minister Chaudhry Nisar has convened a joint meeting of Taliban and government committees,” an interior ministry spokesperson confirmed. “Both sides are expected to deliberate on the Taliban’s refusal to extend ceasefire,” he added. During the meeting, the two sides will discuss ways to push the dialogue process forward in the backdrop of Taliban’s refusal to extend the ceasefire. They are also expected to discuss the second face-to-face meeting between the government and Taliban shura. The government is expecting that the Taliban will put forward their list of demands in the second meeting, which is considered to be the actual start of dialogue process.

The government has remained steadfast in its resolve to continue talks with the Taliban but at the same time, it stated that talks without a ceasefire would not be possible. Though the TTP announced its decision to not extend the ceasefire, their negotiating team said it was still trying to push for an extension. Earlier on Saturday, the interior minister convened a meeting of both committees; however, it was cancelled without any explanation.

In addition, Professor Muhammad Ibrahim, member of the TTP committee, said that he was not informed about the meeting. Ibrahim said, “We are trying to get the extension. The concerns of the Taliban should be addressed [by the government] and we would ask them to maintain the ceasefire.” On April 16, the Tehreek-e-Taliban Pakistan decided not to extend the ceasefire and the next day, the government said that it would perhaps not be possible for it to move on with the dialogue process. However, the government had not shut its doors on talks. The TTP announced an extension of the ceasefire till April 10 after the government released 19 non-combatant prisoners.

In return, the government demanded that the Taliban release Professor Ajmal [former vice chancellor of Islamia College University], and the sons of former prime minister Yousaf Raza Gilani and slain Punjab governor Salmaan Taseer. Separately, while addressing National Book Day celebrations, Information Minister Pervaiz Rashid said that all coalition parties support the ongoing dialogue process and it was going in the right direction. Treading a cautious line, Rashid said, “We are not with those who talk with guns rather we are with those who believe in the process of peaceful negotiation.” Dishing out a recipe for peace in the country, the minister said all books which promote extremism and hatred should be wiped out. -tribune