Sports psychologists are in high demand for the Indian Premier League 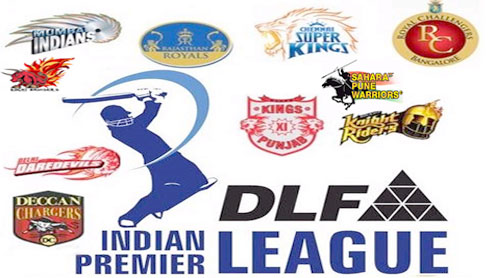 Few will deny that playing any sport at a professional level has a mental component that is crucial to a player’s performance. No matter how talented a player is, he must be in the right frame of mind to perform at the optimum level.

Cricketers are no exception to this aspect of professional sports. Hence the need for sports psychologists. That the high-intensity Indian Premier League has seen the demand for these performance experts rise points to their value.Cricket has evolved greatly over the last few decades. It’s no longer a languid, leisurely game played by part-time enthusiasts. Cricketers today are full-time professionals whose livelihoods depend upon their performance on the field. On top of this formats such as the IPL provide a springboard for budding cricketers to make it to the national squad and secure their careers.

All these pressures can affect a player negatively and prevent him from playing his natural game. This is where a sports psychologist or a mental conditioning coach is helpful. The latter can counsel a player out of poor form, motivate him to work harder and help in team building by boosting interpersonal relations between team members. He can also be a father figure to youngsters susceptible to the pitfalls of instant fame.

That Team India enjoyed great success under mental conditioning coach Paddy Upton – even winning the 2011 World Cup – bears testimony to the efficacy of sports psychologists. It’s telling that the team’s poor form on foreign soil started only after Upton left the squad. Besides, true to Indian tradition, several players such as Harbhajan Singh and Yuvraj Singh have publicly admitted to being guided by their spiritual gurus in their personal and professional lives. Sports psychologists perform a similar job albeit in a modern form. Given what we know about sports science today, sports psychologists are here to stay.

Mental conditioning. Emotional involve- ment. Self-actualisation. Have we strayed into a Deepak Chopra seminar? A spot of afternoon enlightenment for rich, bored housewives? Or could it be that dressing rooms of cricket teams have tuned into the fad of having sports psychologists and found one? Do we have to believe that highly paid profes-sionals participating in the IPL now also need to be motivated, their selves reaffirmed and fragile egos nursed with a load of psychobabble from similarly expensive shrinks?

It’s a funny thing, though. No one talks about the West Indians of the 1970s or 1980s needing a gaggle of psychologists as they went about hammering the opposition into submission. Or that dynamic duo of Dennis Lillee and Jeff Thompson, getting their kicks from terrorising batsmen the world over. Maybe all that aggression – Thommo did say, after all, that he liked to see blood on the pitch – was because their mothers didn’t hug them enough when they were kids. Who knows? They didn’t have any mental conditioning coaches around to figure it out. Did Javed Miandad elevate cussedness to an art form because he was trying to empower himself? A generation of Indians would argue that he simply enjoyed making an entire nation weep.

No one’s saying being a cricketer at the highest level isn’t mentally taxing. Of course it is. But so are a great many other jobs that entail making life-and-death decisions on a daily basis or manipulating billions of dollars. Maybe cricketers should take a look at them – or at their own predecessors from previous decades. Sometimes, it doesn’t pay to over-think things; the rough wisdom of experienced compatriots is all you really need. None of this is meant to belittle them, of course. And in case any feelings have been hurt – group hug, everyone. – TOI