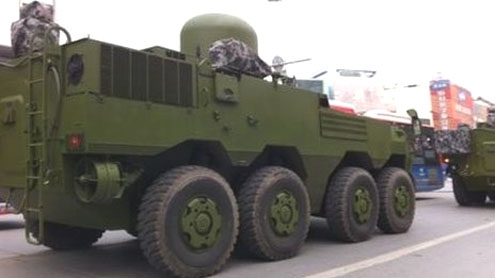 Chinese police have arrested six people and shut 16 websites after rumours were spread that military vehicles were on the streets of Beijing, officials say.

The web posts were picked up by media outlets around the world, and some critics of Beijing suggested a coup might be taking place.The State Internet Information Office (SIIO) said the rumours had a “very bad influence on the public”.Two popular microblogs have temporarily stopped users from posting comments.

Sina Weibo and Tencent Weibo said the comments function would be disabled between 31 March and 3 April, so they could act to stop the spread of rumours.A spokesman for the SIIO told state news agency Xinhua earlier that the two websites had been “criticised and punished accordingly”.He added that that a number of other people had been “admonished or educated”.

The web-postings came at a crucial time for China’s ruling elite, which was hit by its biggest scandal in years when high-flying party official Bo Xilai was removed from his post.Later in the year he had been expected to rise to the Politburo’s Standing Committee, the Communist Party’s main decision-making body.Mr Bo’s demise came amid allegations that his police chief and main political ally had tried to seek asylum at a US mission. – BBC

Sports psychologists are in high demand for the Indian Premier League