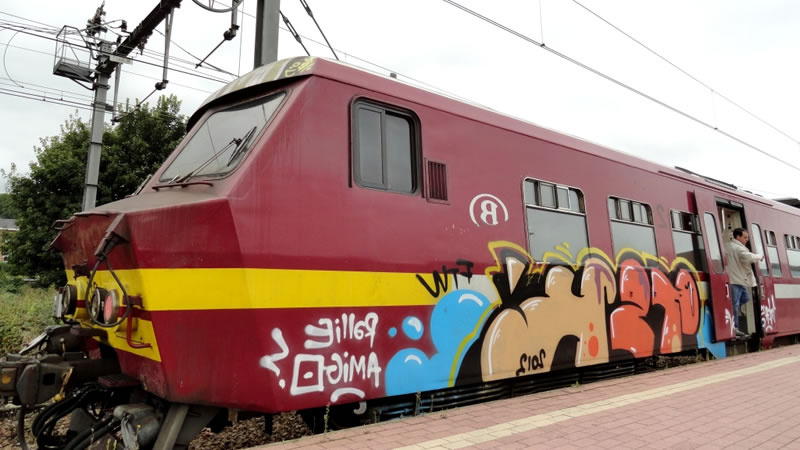 Spanish police arrested members of a graffiti gang that would pull trains’ emergency brakes and force them to stop so they could paint over carriages.

Four people were arrested on suspicion of causing over 250,000 euros ($280,000) worth of damage to public property in Madrid. The northern cities of Leon and Vallodolid, and the Mediterranean port of Valencia, police said in a statement. They have been charged with four offences of public disorder and 61 offences of causing criminal damages.

“Two or three individuals would board a train and once they assured themselves that there were no police or security guards on board, they would pull the security brakes, which would bring the train to a violent stop, with the ensuing risk of injuries to passengers,” the statement said. Members of the gang would then paint train carriages and film their activities to later post the video on social networking sites. Police said they began their investigation in 2011 into the gang which called itself “CREW”.

Police did not release the name of the four suspects but said they regularly signed their work with the tags “SPEN”, “TEILOR”, “ZAKTER” and “SGIA” and were well known among graffiti artists. In September police announced they had smashed another graffiti gang that operated in the same way.