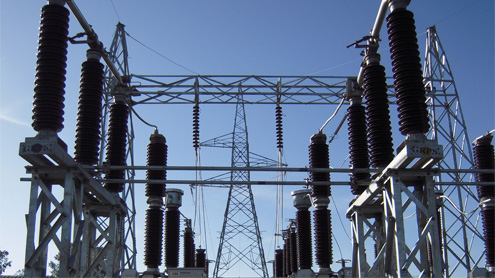 LAHORE – The Lahore Chamber of Commerce and Industry on Saturday expressed grave concern over fast rising power sector circular debt that has touched alarming levels and urged the government to ensure availability of sufficient resources top forestall the unprecedented outages.

In a statement issued here, the LCCI President Irfan Qaiser Sheikh said that if the government fails to take immediate measures the power sector is likely to choke up due to heavy outstanding dues. The LCCI President said that the Ministry of Finance and the Ministry of Water and Power should take urgent steps for making payments to cope with the fast deteriorating energy situation. Irfan Qaiser Sheikh said that the Lahore Chamber of Commerce and Industry has been calling for a long time now for much needed reforms in the power sector to control pilferage, line losses and to stop corrupt practices.

The LCCI President said that people in general and the industry in particular continue to suffer long blackouts in spite of almost doubling the price of electricity in the last four years. He said that the government in 2008, pledged to revamp the power sector and end electricity shortages. Since, it has raised electricity price by more than 85 per cent to eliminate subsidies but failed to implement reforms to make the power sector efficient. The LCCI President said that the energy situation would have been quite satisfactory today, had the government eliminated production, transmission and distribution losses; checked electricity theft and recovered the outstanding electricity dues.

He said that there is a need to evolve an altogether new policy to attract private sector investment in electricity generation to overcome the gap between the demand for electricity and the supply. The LCCI President said that the main reason for the growing electricity shortfall is not just the increase in demand but also the declining capacity to produce electricity because of inconsistent policies. Irfan Qaiser Sheikh said that the ultimate solution to the ongoing energy crisis lies in the construction of mega water reservoirs or tapping the coal potential the country owns.He said that the government should utilise all available resources to win consensus over Kalabagh Dam that has the capacity of ensure cheapest electricity to the masses.

Irfan Qaiser Sheikh said that a further delay in gathering a consensus from all stakeholders on the construction of unduly politicised Kalabagh Dam will cost this country and its coming generations very dearly. The LCCI President said that all the stakeholders should show some maturity on the issue of Kalabagh. It is the high time that all undue stands should be brushed aside in order to save the country from that era of darkness. He said that unlike Pakistan, India is constructing dams at every possible site. It has left us decades behind and coming time does not promise any good thing either. Irfan Qaiser Sheikh said that every one knows that the existing dams are constantly silting up leaving ever decreasing capacity to store water. The construction of Kalabagh dam along with other new dams is desperately needed to store adequate water.

According to a conservative estimate about 30 million acre feet of water is being wasted into the sea because the country has no big water reservoirs to store it. More importantly, as a result of melting of glaciers due to global warming, a sword of Damocles remains hanging over our heads in the shape of floods. An opinion gained widespread support across the country that the losses of recent floods in Pakistan which are estimated to be more than 45 billion dollars could have been reduced if big dams and water reservoirs were in place.He said that another significant aspect connected with the construction of Kalabagh Dam is the surety of sufficient amount of electricity at comparatively much cheaper price.

The country’s dependence on power generated through thermal sources is costing us way too much causing to face insurmountable challenges to remain competitive both in national and international markets. Another significant aspect connected with the construction of Kalabagh Dam is the surety of sufficient amount of greener and cheaper electricity. Electricity generation through thermal sources is estimated to cost almost Rs.16 per unit whereas the same can be produced at Rs.2.5 to Rs.3 through Hydel. -Pakistantoday