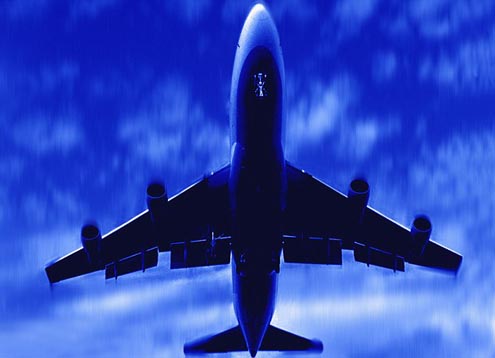 Two jumbo jets with 1,000 people aboard almost crashed over Scotland because all four pilots turned the planes onto a collision course after failing to follow instructions. A radar sweep already showed the transatlantic Boeing 747s gradually converging on each other side-by-side as the crews prepared for their ocean crossings. An air traffic controller who spotted the danger immediately ordered the plane on the left to make a left turn and the one on the right to make a right turn, to move them further apart.

But they did the opposite – bringing the two massive aircraft closer together. A tragedy was averted with just seconds to spare when the pilots – two on each aircraft – physically saw each other and took evasive action, with one plane climbing and the other diving. At one point they were only 100ft apart vertically. When the alarm was first sounded the jets were about ten miles apart. Within a minute, they were less than three miles apart horizontally and closing. Despite a lengthy investigation, experts are at a loss to explain how the crews of both aircraft either misheard or misinterpreted their orders. The near-disaster occurred in broad daylight on June 23 at a position about 30 miles north of Glasgow.

However, details have only just emerged in a report from the UK Airprox Board, which looks into near-misses in British airspace. It concludes: ‘It was apparent that both crews had taken each others’ instructions.’ But it adds the experts ‘found it hard to determine why this had occurred’. ‘The board was surprised that all four pilots had misheard or misinterpreted the avoiding action instructions despite at least one of the crews reading them back correctly,’ said the report. They could not have confused their callsigns as they were not similar, and the radio transmissions were clear. The report said the crews may have been distracted as they received clearances to cross the ocean and settled into their transatlantic routine, and were caught off guard by the alert.

Expecting only routine information to be transmitted at that time, they may have been perplexed by the avoiding action information and instinctively responded without properly assimilating it,’ it said. The board said that the danger to the aircraft was increased because they had earlier needlessly been ordered by air traffic control to fly at the same height – 34,000 ft.- Dailymail