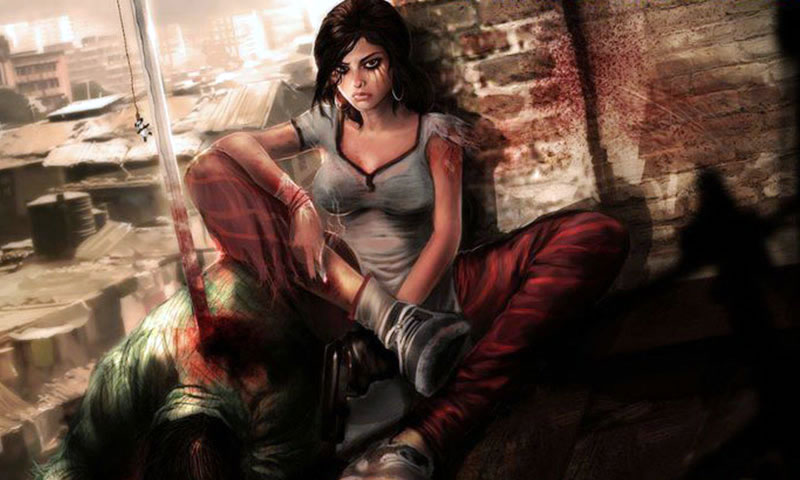 Speaking to Dawn, Rafi said: “The film is still in the scripting and development stage and will be released at the end of 2017.” He adds that it’s too early to reveal the film’s cast, but shares that it will be shot in Karachi.

How is it different from Zaidi’s graphic novel?

“It’s similar but not the same, it is an origin story and a study of the character,” he said. “The experience has been very good so far.”

Rafi further said that the film caters to 15-year plus age group. “We have no idea how the viewers will react, but we expect them to be engrossed, shocked and pleased,” said Rafi. The main character of Zaidi’s graphic novel, Bloody Nasreen, is a 27-year-old woman from Karachi who wears a skull-printed kameez with a churidar and sneakers – not really a look women her age would sport. She’s an anti-hero you’re not supposed to like. Her smoking and aggressive temperament are supposed to p*** you off.

According to Zaidi, Nasreen is ruthless but not cruel, fights a war against terrorism, human trafficking, corruption and injustice, and thinks that stupidity is more evil than evil.