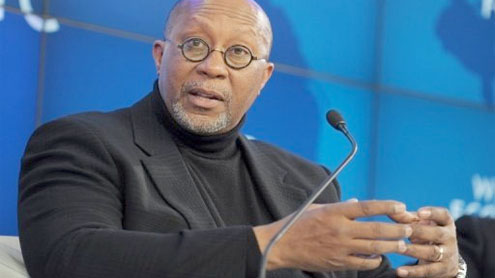 This calls for a toast: The United States and Brazil took a big step Monday toward protecting some of their best-known exports—Bourbon and Tennessee whiskeys and the sugarcane-derived cachaça. Cachaça is the primary ingredient in Brazil’s national cocktail, the caipirinha.

U.S. Trade Representative Ron Kirk and Brazilian Minister of Development, Industry and Foreign Trade Fernando Pimentel exchanged letters that launch the process of having Washington recognize cachaça as a “distinctive product” of Brazil and Brasilia recognize Bourbon and Tennessee whiskeys as “distinctive products” of  the United States.

Kirk and Pimentel uncorked the arrangement as Brazilian President Dilma Rousseff met at the White House with President Barack Obama. When final, it will make it illegal, for example, for a U.S. company to slap the name “cachaça” on a product that doesn’t meet Brazil’s standards for the potent clear liquor.The step of giving Bourbon and Tennessee whiskey “distinctive product” status means that only products that meet U.S. standards can be sold in Brazil–a boon for domestic manufacturers, according to Distilled Spirits Council (DISCUS) President Peter Cressy.”Brazilians are rapidly acquiring a taste for the finest American whiskeys, and today’s agreement—when implemented—will ensure the integrity and authenticity of these world class drinks,” Cressy said in a statement.

U.S. whiskey exports to Brazil soared 519 percent from 2001 to 2011, jumping from $517,000 to $3.2 million in sales per year, according to Cressy.”Once the process is completed, products sold as Bourbon or Tennessee Whiskey in Brazil must be produced in the U.S. in accordance with U.S. laws and regulations.  Likewise, Cachaça sold in the U.S. would have to be produced in accordance with Brazil’s regulations,” Christine LoCascio, senior vice president of International Affairs at DISCUS said in a statement emailed to Yahoo News.

And “if a company in another country wanted to start exporting to Brazil a product called Bourbon Whiskey, Brazil would not permit the sale of that product in Brazil. The U.S. treats distinctive products in a similar fashion,” according to Nkenge Harmon, Deputy Assistant U.S. Trade Representative for Public & Media Affairs. – Yahoonews