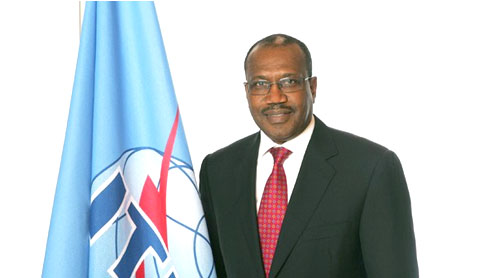 The US has confirmed it would resist efforts to put the internet under the control of the United Nations.

At present several non-profit US bodies oversee the net’s technical specifications and domain name system.They operate at arms-length from the US government but officially under the remit of its Department of Commerce.There has been speculation that other nations will push for a change later this year, but they cannot force the US to comply.The US has set out its position in documents filed with the International Telecommunications Union (ITU) – the UN agency responsible for encouraging the development of communications technologies.

The ITU is hosting a conference in December in Dubai to which representatives from 178 nations have been invited to review the International Telecommunications Regulations (ITR).The ITR is a 1988 treaty which set out rules for how traffic should flow between different telecom networks, and how to calculate charges for traffic exchanged between carriers in different countries.The rise of the internet and mobile devices has led to calls for it to be revised, but countries are expected to disagree over the changes needed.

The US’s ambassador to the conference, Terry Kramer, outlined his worries in a statement published by the country’s Department of State.”The US is concerned that proposals by some other governments could lead to greater regulatory burdens being placed on the international telecom sector, or perhaps even extended to the internet sector,” he wrote.”The United States also believes that existing multi-stakeholder institutions, incorporating industry and civil society, have functioned effectively and will continue to ensure the health and growth of the internet and all its benefits.”

The ITU does not publish submissions by each country – leaving it up to the individual states to decide which material to release. But a site called Wcitleaks.org has posted proposals leaked to it.They include a submission from Russia suggesting the ITU could become responsible for allocating at least some of the internet’s addresses as well as the “determination of the necessary requirements”.At present US-based Icann (Internet Corporation for Assigned Names and Numbers) co-ordinates the codes and numbering systems, deciding which new internet address endings should be allowed as an alternative to .com. It then leaves it to ISPs (internet service providers) to assign individual addresses.

President Vladimir Putin has signalled Russia’s final submission could go further. In 2011 he said he was keen to discuss “establishing international control over the internet using the monitoring and supervisory capabilities of the International Telecommunication Union”.The Russia Today news service has since reported that China and India had backed this stance.

But the ITU has made it clear that any changes to the treaty must have unanimous support, and it would block members trying to put any matter to a vote.”We never vote because voting means winners and losers and you can’t afford that,” Dr Hamadoun Toure, the ITU’s secretary-general told the BBC.”Whatever one single country does not accept will not pass.”He acknowledged that some countries were unhappy with the way Icann had looked after the internet address system.

“Some people are saying the governments are not consulted enough,” he said.But he played down the idea that there would be a serious effort to seize control of its functions and pass them to the ITU.”Has anybody suggested to take responsibility from Icann? No, it’s never been done. I truly believe there is a complementarity involved between our work – we can work together.” – BBC