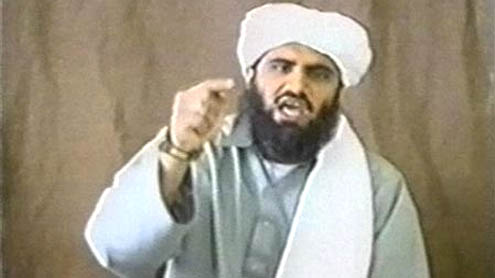 WASHINGTON: U.S. investigators tracked Suleiman Abu Ghaith, a son-in-law of Osama bin Laden, for about 10 years before he was detained in Jordan and brought by the FBI to New York City in the past few days, U.S. officials familiar with the investigation said.

An FBI agent and a New York police detective together spent more than a decade investigating Abu Ghaith, not only for his role as a spokesman for al Qaeda after the September 11, 2001, attacks on New York and Washington but for activities they believed he was involved in before 2001, said one official.On Friday, Abu Ghaith pleaded not guilty in Manhattan federal court to conspiring to kill Americans, becoming one of the highest-ranking al Qaeda figures to face trial in the United States for crimes connected to the September 11 attacks.

He was captured on February 28 and brought secretly to the United States on March 1, prosecutors said in court. Law enforcement sources say he was detained in Jordan by local authorities and the FBI after was believed to have been expelled from Turkey.But it was in Iran where Abu Ghaith is believed to have spent most of the past decade, having taken refuge there following September 11, 2001, with a group of other associates of bin Laden, the al Qaeda leader killed by U.S. forces in Pakistan in 2011.

Current and former U.S. officials said that group, known to U.S. investigators as the al Qaeda “Management Council,” was kept more or less under control by the Iranian government, which viewed it with suspicion. Along with Abu Ghaith, members of the group included Saif al Adel, one of al Qaeda’s top military commanders, and Saad bin Laden, one of bin Laden’s sons.A former U.S. official said that in late 2002 and early 2003, CIA officers held secret discussions in Europe with Iranian officials regarding the possible expulsion to Saudi Arabia or another country of Abu Ghaith and fellow al Qaeda operatives in Iran.

At the time, the United States had information indicating the al Qaeda figures in Iran might be in contact with militants in Saudi Arabia who posed potential threats to Saudi interests.But the secret discussions fell apart when Iran suggested that, in return for its expulsion of the al Qaeda operatives, the United States should crack down on the Mujaheddin-e-Khalq, an Iranian exile group that until recently was the target of U.S. and European sanctions for its alleged involvement in violence, the former official said.

It is not clear when Abu Ghaith left Iran, although it is believed to have been recently. Nor is it clear how U.S. authorities tracked him. But officials said they believed he recently spent more energy trying to evade capture than engaging in threatening activities.Last December, an American official said, a U.S. judge issued a warrant for Abu Ghaith’s arrest for conspiring to kill Americans. Interpol, the international police agency, then issued a “Red Notice” for Abu Ghaith, the equivalent of an international arrest warrant, the official said.

Hurriyet, a Turkish newspaper, said the United States asked Turkey to extradite Abu Ghaith after he was detained in Ankara in early February. The newspaper, whose account was not confirmed by U.S. officials, said he was held for 33 days after being arrested by the Turks at a luxury hotel, but later released after a Turkish court ruled he had not committed a crime in Turkey.The newspaper said Turkish authorities had considered deporting him to Iran, but that the Iranians would not accept him. Turkey then decided to send him to Kuwait via Jordan, according to Hurriyet.

U.S. law enforcement sources said that when he reached Jordan, Jordanian and FBI officers detained him and arranged for his transport to New York City.U.S. officials said the decision to bring Abu Ghaith to New York for trial in federal court was made at the highest levels of the administration of President Barack Obama.Officials said it was unclear whether Abu Ghaith had much information about current al Qaeda activities or plots. – YahooNews