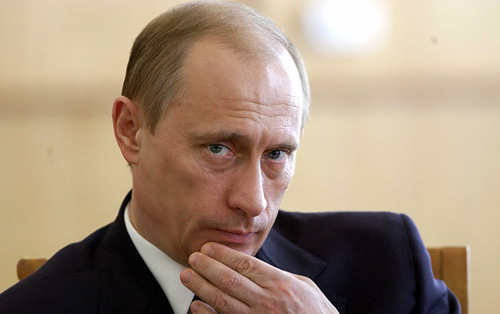 Russian President Vladimir Putin on Thursday called the Internet a “CIA project” and warned Russians against making Google searches. Putin assured a group of young journalists that the Internet was controlled from the start by the CIA and its surveillance continues today.

“That’s life. That’s how it’s organised by Americans. You know all of this started during the dawn of the Internet as a special project of the CIA. And it keeps on developing,” Putin said in televised comments. Responding to questions from a young pro-Kremlin blogger, Vladimir Putin warned that information entered on Google “all goes through servers that are in the States, everything is monitored there”. He also made ominous comments on Russia’s most popular search engine Yandex, suggesting it could become more tightly controlled.

Yandex is “partly registered abroad and not just for tax reasons, but for other reasons too”, Vladimir Putin said, mentioning it is partly owned by international investors and reiterating his fear of foreign control of the Internet. When Yandex was starting out, Vladimir Putin said, they were “pressured” to have “that many Americans and this many Europeans among the executives”. “We must fight determinedly for our own interests. This process is happening. And we will support it from the government side, of course,” he said without explaining what he means in detail. Yandex handles some 60 percent of search queries in Russia and has a presence in several other countries.

It allows users to search blogs and rates the most popular entries. Yandex’s shares fell over 4.3 percent on the NASDAQ after Vladimir Putin comments. The company said in a statement quoted by news agencies that registration abroad is not done to dodge taxes but due to issues of corporate law, while foreign investment is a common feature of any Internet startup. “Since our main business is in Russia, we pay almost all taxes in Russia,” Yandex said. While the Internet remains the main sphere for political discussion, Russia has recently cracked down on debate, with a new law allowing the government to block blacklisted sites without a court order. -nation