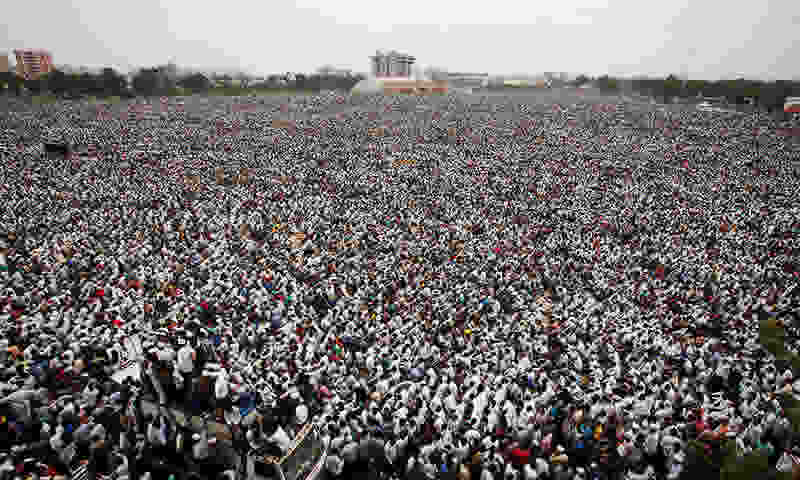 At least half a million protesters paralysed the main city of Indian Prime Minister Narendra Modi’s home state on Tuesday to demand preferential treatment for their Patidar caste — one of the state’s most affluent. The Patidars, or Patels, who make up around 12 per cent of the population of western Gujarat state, say they are struggling to compete with less privileged castes for jobs and university places.

India sets aside a proportion of government jobs and university places for Dalits, known as “untouchables”, and for so-called “other backward castes “under measures intended to bring victims of the worst discrimination into the mainstream. But the system of “reserved” categories has caused resentment among other castes including the Patidars, traditionally farmers and traders, who are now demanding the same privileges for themselves. “People in the Patel community are not getting jobs even if they have degrees,” said protest leader Hardik Patel. “In education too, a student under reserved category with less grades gets admission, but a Patel does not get admission despite having secured higher grades.“

State authorities have already ruled out granting the Patidars’ request, but their campaign has gathered pace in recent weeks. Police commissioner Shivanand Jha said nearly 20,000 security personnel had been deployed in Ahmedabad for Tuesday’s rally and roads within a two-kilometre radius of the venue were closed to traffic. Protester Kantibhai Patel was among those who had travelled to Ahmedabad for the protest on Tuesday wearing a white cap printed with the words “I am Patidar”. “Reservation is our right. If we do not get our right we will obtain it by force if necessary,” he told AFP.