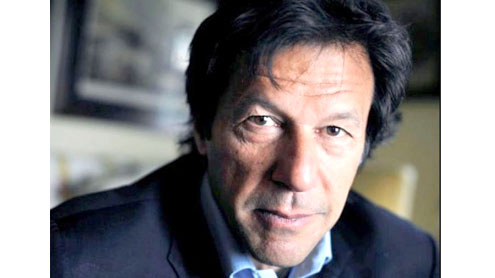 With Imran’s popularity continuously on the rise, this country has started seeing the glimpses of change it so heartily desires.

But what Imran needs to ensure is that he remains steadfast and unwavering; and doesn’t give in to the same dubious means as the politicians that the history of Pakistan so proudly boasts of.Imran khan, the new sensation that has gripped the nation, is making huge waves in the political scenario of the country what with his ideologies regarding US, foreign policy and militancy. The political rally on the 30th of October in Minar-e-Pakistan marked him as a serious opponent and a threat for the PPP and the PML-Q who up till now, thought Punjab and especially Lahore, to be their political domain.

People in Pakistan have seriously started taking Imran Khan as an eligible contestant for politics and he has finally arrived on the national stage what with his promise of a “tsunami change.” The manner in which he is posing a threat to the pro-America ways of Pakistani politicians is to be commended. No politician has taken such an evasive and obvious step against the US-bent foreign policy of Pakistan and Imran Khan is the first one to voice against the constant sucking up  to America’s ways of the politicians. Moreover, also being vocal against the corrupt and decadent politicians of the country has earned him respect amongst the people of the country, especially the youth which believes Khan to be the catalyst of change that this country needs.

Despite all the plus points that Imran seems to have in his favour, there are some major drawbacks to his campaign. If he fails in resolving these predicaments, the way forward is a shady and a shaky road. He has managed to gain the trust of the people for the most part, what is required now is sustaining the trust. Imran’s demand to the politicians to reveal their assets is a valid account; but what he fails to answer is as to where his own political campaign is being funded from.

Pulling a crowd of such a large number to the Minar where arrangements were top-notch, and campaigning at the scale that he does has to be extensively funded. In order to maintain the respect that he has earned amongst the people, Khan should not resort to the corrupt means adopted by other politicians and should be honest and candid to his supporters.

The tide, for Imran Khan, is turning now and this is the time when he can make or break his political career. The crowd that he managed to pull out at the jalsa is just one example of the change-thirsty people of this country; Imran would do well to make his policies more effective in order to ensure the ‘change’ he has been promising and we are craving for. But forward or not, one success that PTI has managed to bag is that it has ensured, through its social networking campaigns, to register as much voters as possible.

I have seen people go out of their way to ensure their and their family’s vote registration. People are coming out in huge numbers to get their vote registered and bring the change they want to see in their country. That itself is  huge victory for PTI because it has managed to make people rise from their lethargy and slumber and get registered. That is from where Imran Khan moves forward. That is from where this country’s change starts. – Zainab Tariq