Do presidents really age faster than rest of us? 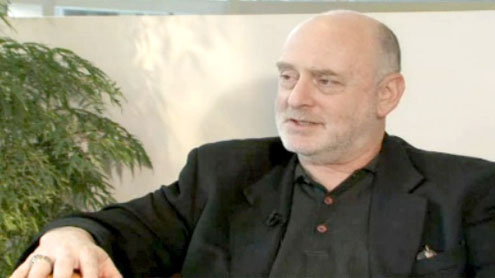 CHICAGO: White House wannabes take note: Contrary to the idea that being president speeds up aging, a study shows that many U.S. commanders in chief have actually lived longer than their peers.

Using life expectancy data for men the same age as presidents on their inauguration days, the study found that 23 of 34 presidents who died of natural causes lived several years longer than expected.The four former presidents still alive have already lived longer than predicted, or likely will because they’re in good health, the study said.”The graying of hair and wrinkling of the skin seen in presidents while they’re in office are normal elements of human aging,” said study author S. Jay Olshansky, a researcher on aging at the University of Illinois at Chicago.

Stress can speed up those two outward signs of aging, and it’s possible that job stress has made some presidents appear to age quickly. But the study shows that doesn’t mean being doomed to an early grave.”We don’t actually know if they get more gray hair or more wrinkles” than other men their age. “But even if they did, we don’t die of gray hair and wrinkles,” Olshansky said.Given that most of the 43 men who have served as president have been college-educated, wealthy and had access to the best doctors, their long lives are actually not that surprising, he said.His study is published in Wednesday’s Journal of the American Medical Association.

The idea that presidents age quickly comes from casual observation and more studious assessments. Promoters of that idea include Dr. Michael Roizen, chairman of Cleveland Clinic’s Wellness Institute and co-founder of RealAge, Inc. The “real age” concept suggests that age depends partly on lifestyle factors including stress and diet that either keep people young or prematurely age them. Roizen theorizes that presidents age twice as fast while in office.Roizen said Olshansky’s study doesn’t disprove that idea and only shows “that in order to run for president you tend to be incredibly healthy.”Olshansky stands by his findings.

The 34 presidents who died of natural causes were aged 73 on average at death, a few months less than Olshansky’s’ life expectancy estimate. But under the accelerated aging theory, their average age of death would have been 68, he said.The 23 presidents who lived longer than Olshansky’s projections died at an average age of 78, 11 years later than under the accelerated aging theory.The four presidents who were assassinated — Abraham Lincoln, James Garfield, William McKinley and John F. Kennedy — were aged 52 on average at death.The first eight presidents were almost 80 years old on average when they died, at a time when the average life expectancy for men was less than age 35.

“It’s absolutely extraordinary that they lived this long,” Olshansky said.That includes John Adams, who died at 90; James Madison, 85; and Thomas Jefferson, 83.Ditto the last eight presidents who died — seven lived longer than expected; Lyndon Johnson was the only one who didn’t. He died of a heart attack at age 64, 10 years less than his projected life expectancy and five years less than his life expectancy with accelerated aging, Olshansky said.

Among the more recent presidents, Ronald Reagan and Gerald Ford both died at 93. Jimmy Carter and George H. W. Bush are both 87.Olshansky has even done some projecting about 50-year-old President Barack Obama. Given his age when inaugurated, Obama’s life expectancy would be 79, but Olshansky estimates that Obama will live to at least 82 because of his education, wealth and access to top-notch health care.