Of myths, realities and India 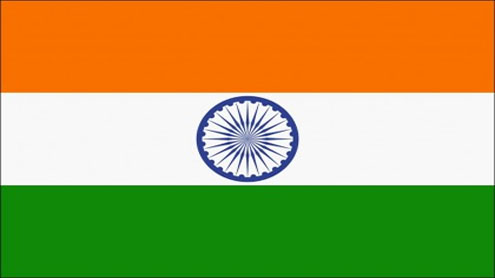 Of myths, realities and India

When I look at the incompetence in the corridors of government in New Delhi, the sheer social depravity showcased in Aamir Khan’s television show.

The insensitive squabbling over what daily income qualifies you to be poor, the diseased semi-corpse that is the Indian rupee, the mediocrity of media and the daily self-flagellation that my fellow Indians engage in on a daily basis on Twitter, Facebook and other online avenues, there is only one thought that can come to the mind of a young, passionate, patriotic, idealistic and ruggedly handsome Indian like me:

This is a wonderful opportunity for foreigners to come and write profoundly moving books about the riveting contradictions that is India and its people!(Sample contradiction: On one side of a wall in Mumbai is an apartment complex housing dozens of CEOs and other millionaire types. On the other side of the same wall is a dirty, disheveled roadside beggar who actually own above mentioned apartment complex, and approximately seven per cent of ICICI Bank.)

Over the past many decades and centuries India has been a motherlode of fictional and non-fictional inspiration for dozens of foreign writers. Driven to creative apotheosis by India’s unusual but photogenic melange of rich and poor and thin and fat and good and evil and alive and prime ministerial, journalists, especially from the English speaking nations, have thronged to our lands. They then go undercover in our slums and villages, and write illuminating, heart-rending, often accurate portraits of life in India.

And there has never been a better time to ply this trade.

For instance just the Indian Premier League is a phenomenon positively heaving with “book about India” possibilities and delightful contradictions. However, as far as I know, not a single foreign writer has stepped up to leverage this pregnant opportunity.

This injustice must end now.

In order to catalyse thinking amongst authors and publishers I am going to put forth some sample ideas below. I encourage all interested parties to freely pick any of these up, or modify them for your own purpose.

Remember, the ultimate objective here is simple: Indians cannot wait to read your books about them. Please write them urgently.

Idea 1: Columnist with major American magazine moves into a slum in Mumbai and closely observes how a family of seven are responding to the Indian Premier League. He contrasts this with how another family, chock full of typically eccentric Oxford and Cambridge graduates, enjoy Test cricket in England. A heart-rending saga of contrasts and contradictions bound together with a love for cricket and Pulitzer Prize.

Idea 2: Enterprising British journalist goes undercover as an agent for IPL cheerleaders. He then cosies up to the high and mighty who run the league. His idea is to write an expose on the chicanery that goes on behind the scenes. However, in a bizarre turn of events, he ends up being hired as a foreign player for the Pune Warriors. The hilarious memoir is soon to be made into a motion picture directed by Michael Bay, and starring Ashton Kutcher as BCCI Chairperson N. Srinivasan.

Idea 3: Rising star Canadian journalist simultaneously profiles $2 million dollar man Ravindra Jadeja and Jadeja’s driver Sanjay Singh. The idea is to investigate the lives of two people who are so near, yet so far. Realising, halfway through, that both Jadeja and Singh are as interesting as used towel socks, the writer cleverly decides to include one more profile: that of Mahatma Gandhi. The book, immediately banned in India, sells 123,000 copies in Delhi alone.

Idea 4: A superb retelling of the genesis and growth of cricket’s shortest format and the IPL. But, arrestingly, told entirely through an interview with Nandan Nilekani. To be called “The wicket is flat: A brief history of Twenty-Twenty”.

Idea 5: “Chindiket: How China, India and Cricket Will Change The World”. The content is irrelevant as the cover is a stunning picture of a traditional Indian snake charmer with a dragon emerging ominously out of his basket. Sachin Tendulkar looks on. – Khaleejnews