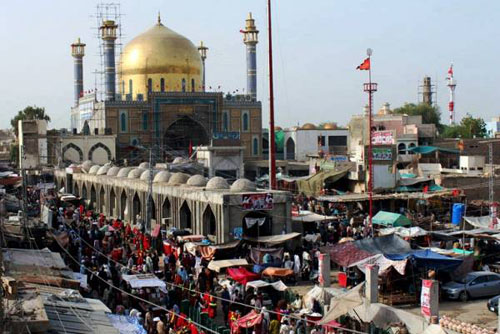 Five more devotees died due to extreme heat and road accidents in Sehwan Sharif town of Sindh, bringing death toll to 43 over the past four days. On Wednesday, the mercury rose to 50 degree Celsius in Sehwan Town and its surrounding areas killing at least 10 devotees on second day of annual Urs of Suifi saint, Hazrat Qalandar lal Shahbaz Qalandar.

The sizzling heat in Sehwan town has so far claimed the lives of dozens of devotees who have come from across the country. Majority of the deceased belonged to different parts of Punjab who breathed their last due to suffocation and heat stroke from June 15 till date on Hazrat Qalandar lal Shahbaz Qalandar.

Tens of thousands of people have gathered in Sehwan Sharif town to pay obeisance to the 13th century saint during the three-day Urs celebrations which began on Tuesday. Local rescue official said despite ban on bathing and swimming in the canals, five devotees had so far drowned in canals near Sehwan. On June 17, the number of deaths reported high as 19 devotees failed to survive in scorching heat. – SAMAA