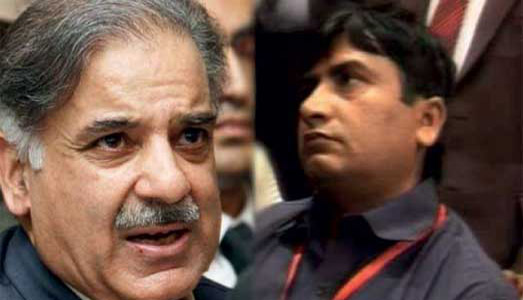 Hours after a shoe was thrown at him during International Conference, Punjab Chief Minister Shahbaz Sharif ordered the release of the journalist today, who threw a shoe at him.

The security staff of the CM Punjab had arrested the journalist to investigate if he did it himself or any other power was behind the incident. But after the conference, Shahbaz Sharif ordered the release of the journalist immediately. The chief minister said that he and PML-N government believes in ‘freedom of expression’ and difference of opinion.

The journalist was released after the Chief Minister’s orders.The journalist rushed past the security and threw a shoe at the Chief Minister of Punjab, Shahbaz Sharif in Lahore today, but the shoe missed him. The journalist, Imdad Ali, working in a private Sindhi television and before throwing the show, Ali raised slogans against the expected restrictions on a news channel. –nation