Parties Ask MQM to Clear its Position Over BBC Report 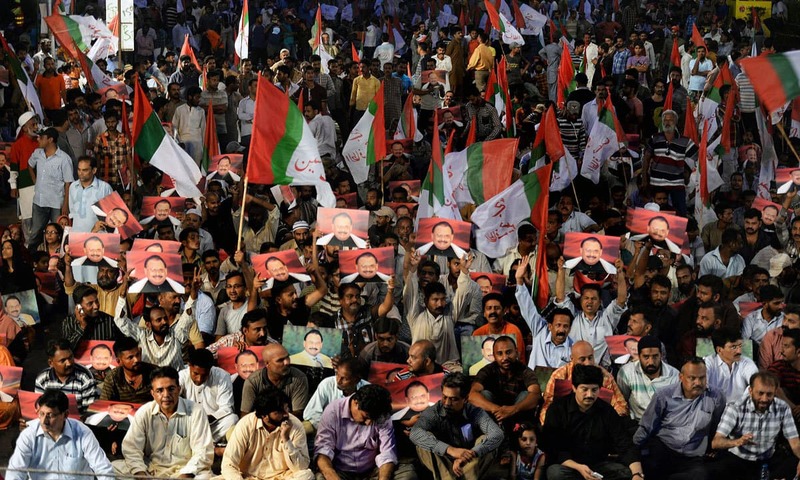 Parties ask MQM to clear its position over BBC report

Mainstream political parties have asked the Muttahida Qaumi Movement (MQM) to clarify its position over a recent report of the British Broadcasting Corporation (BBC) and file a defamation suit against the media network if the report is fabricated.

PML-Q chief Chaudhry Shujaat Hussain said that since the UK had tough defamation laws, the BBC would find it difficult to defend itself if the report was not based on facts.

Talking to Dawn, he recalled that the PML-Q filed some years ago a defamation suit after a British newspaper, The Guardian, had published a baseless report about the party. “We won the case. The newspaper published an apology on the front page and bore the expenses we had incurred on litigation,” he said. The BBC has alleged in the report relating to the MQM that it had received funds from India and its activists were trained in the country. Pakistan Tehreek-i-Insaf leader Shah Mehmood Qureshi said that although the MQM had rejected the report it was yet to be seen whether it intended to take legal action against the BBC.

He termed the allegations against the MQM serious and asked the government whether it would order an investigation on the basis of the report or remain a silent spectator. Mr Qureshi also asked the PPP if it still wanted the MQM to join the Sindh government. PPP’s spokesman Senator Farhatullah Babar said the MQM had the right to file a defamation suit against the BBC if it believed that the report was not based on facts. PPP Vice President Sherry Rehman said: “The BBC report contains serious allegations but let us wait for verified details before a comment. We cannot tar all MQM parliamentarians and voters with the same brush.”

Jamaat-i-Islami chief Senator Sirajul Haq said in a statement that the MQM could approach the court and prove its innocence if the BBC report was wrong. He said thousands of innocent people had been killed in Karachi over the past 30 years because the federal and provincial governments had handed over the city to target killers, extortionists and thugs under the reconciliation policy. He said the political parties which had been accepting the MQM as partner in coalition governments over the past three decades and providing it an opportunity to continue with its activities were also in the dock now.

He said the BBC report was an eye-opener also for those who had been supporting the MQM for decades only to prolong their rule, thus pushing Karachi, the economic hub of the country, to ruin. Mr Haq said it was unfortunate that the national security institutions were aware of the matter but no serious steps were taken to stop the bloodshed carried out in Karachi under India’s patronage. He urged the government to approach the International Court of Justice aga­inst India and apprise it of New Delhi’s conspiracies to destabilise Pakistan.

PTI Sticks to Its Stance on ’13 Polls Before Commission