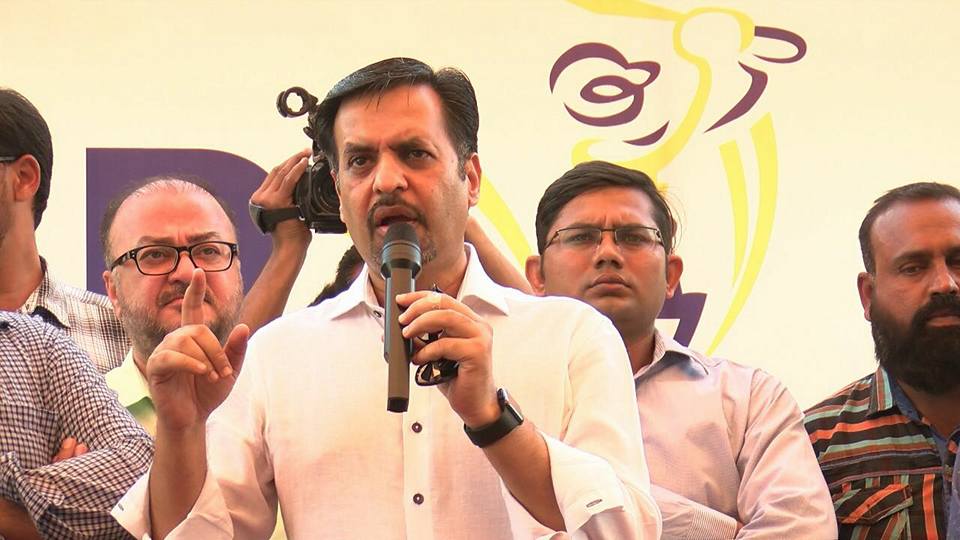 Karachi Mayor Waseem Akhtar on Tuesday suspended Pak Sarzameen Party (PSP) chairman Syed Mustafa Kamal as the city’s ‘Project Director Garbage’, mere hours after the former mayor was assigned the post to help clean up the metropolis. In a dramatic turn of events, the Karachi mayor on Monday appointed Kamal as the project director to clean the city of garbage. Wasim Akhtar accused the former City Nazim of being insolent and dishonest.

“Instead of coming to the office and [working], Mustafa Kamal is busy with political point-scoring,” a visibly enraged Akhtar said.

“My sincerity was taken advantage of and used for politics. This means you [Mustafa Kamal] were not sincere in solving the problems of Karachi,” he added. Later in the evening, Kamal announced that he had accepted the mayor’s offer and said he would work round the clock and report to the mayor even after midnight since “he is my boss now”.

No point in talking to India now: PM