The second month of the current financial year saw a rise of 133 per cent in trade deficit driven largely by an almost triple increase in the country’s imports compared to exports, according to the provisional data released on Wednesday. 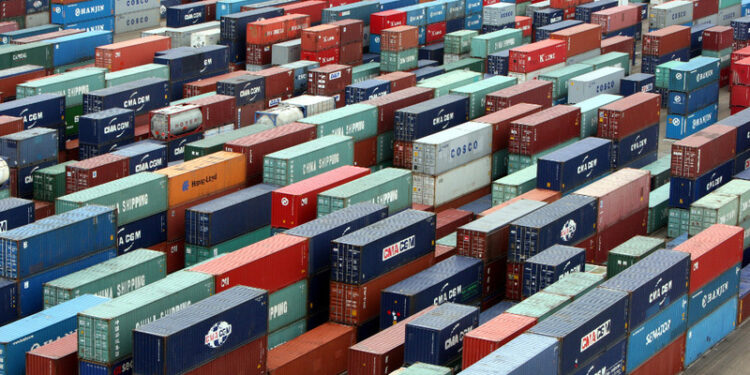 The reverse trend was noted in the trade deficit for the second consecutive month as the merchandise trade deficit reached $4.05 billion in August against $1.740bn over the corresponding month last year.

The trade deficit might cause pressure on the external side, but government officials believe that increase in remittances, growth in export proceeds, and Roshan Digital Account will help mitigate the pressure to a large extent.

The initial estimates show that the rising import bill might push the current account to $10bn in the FY22.

The trade gap has been widening since December last year, mainly led by exponential growth in imports and comparatively slow growth in exports.

Adviser on Commerce and Investment Abdul Razak Dawood told Dawn that he was doing an analysis of rising imports. He said maximum imports comprised raw materials and capital goods because industries were working on full capacity.

The government has carried out maximum tariff rationalization on raw materials and capital goods during the past two years to spur industrialization in the country. “This will be the game-changer,” the adviser said, adding that this was the silent revolution in the country’s history because of cheaper imports.

Mr. Dawood said that as per the State Bank of Pakistan’s statistics around 628 businesses had acquired concessionary bank loans worth Rs435.7bn for setting up new businesses and/or expanding their existing production lines in Pakistan under the Temporary Economic Refinance Facility.

The adviser said the oil prices also increased substantially, which pushed up import bills because of the high demand for energy in the domestic market. He said the government had a backup plan to sustain the pressure on the external side.

The increase in import bills also helped the Federal Board of Revenue (FBR) to post substantial growth in revenue collection on the import stage. It is clear from a robust growth of 67pc posted in customs collection alone in August from a year ago.

The FBR also collects sales tax and withholding tax at the import stage, which gained hefty growth mainly because of rising imports.

Exports posted a growth year-on-year by 42.5pc to $2.257bn in August against $1.584bn over the corresponding month of last year. On a month-on-month basis, exports of merchandise dipped by 3.54pc.

The average monthly experts had stagnated at around Rs2.2bn for the past few years. An announcement by the commerce ministry said that growth in exports was affected by shipments’ delays due to heavy rains. The exports for August are short by $143 million of the monthly target of $2.4bn, it said.

“I urge the exporters to double their efforts to market their exports in order to achieve our target,” Mr. Dawood said in a Twitter message.