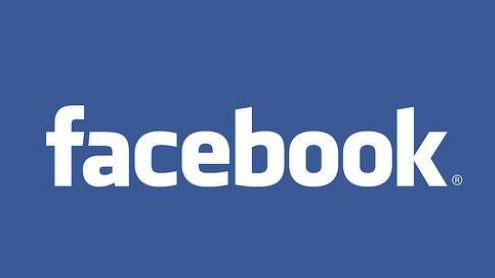 NEW YORK: Responding to extraordinary demand, Facebook said Wednesday that it would sell more stock in the company’s initial public offering. But ahead of the IPO, a debate emerged between two of the nation’s largest automakers: Does it pay to advertise on the social network?

General Motors, the nation’s largest automaker, said it would abandon Facebook ads after concluding they were ineffective. At the same time, Ford reaffirmed its commitment to Facebook, saying their relationship was stronger than ever.The direct financial impact of GM’s move is minimal for Facebook, but the decision drew attention to the network’s advertising system, which some observers regard as immature.In a regulatory filing Wednesday, Facebook said it would add 84 million shares, worth up to $3.2 billion, to the IPO, which is shaping up to be the decade’s hottest. The company’s stock is expected to begin trading Friday on the Nasdaq Stock Market under the ticker symbol “FB”.

Almost half of the additional shares come from investment firms DST Global and Tiger Global. Goldman Sachs is doubling the number of shares it is selling. Facebook board members Peter Thiel and James Breyer are also selling more shares.Since all of the additional shares come from insiders and early investors, the company won’t benefit from their sale.”It certainly does raise the question: How much higher could the stock go if institutions who know the company well think this is a good price to sell?” said Daniel Ernst, an analyst with Hudson Square Research.

On the other hand, he said, investment firms only make money by selling their stakes, and they have bills to pay. So the fact that they are selling more is only a limited indication of their confidence in the company.The news comes a day after Facebook raised the expected price of the stock to a range of $34 to $38 per share, up from its previous range of $28 to $35.At the high end of the price range, the IPO would raise $16 billion, without the overallotment option reserved to meet extra demand. That would make it the third-largest IPO in American history, ahead of General Motors in 2010, according to Renaissance Capital.

The IPO would value Facebook at more than $100 billion. The stock is expected to get a final price Thursday evening.In papers filed with the Securities and Exchange Commission, Facebook said current shareholders are now offering approximately 241 million shares, up from about 157 million shares previously.Even though founder Mark Zuckerberg is not increasing the number of shares he is selling, the additional sales will trim his voting control to 55.8 percent from 57.3 percent. That’s because he has voting control over some of the shares owned by investment firms.

The market expects a substantial IPO “pop,” or first-day price jump, said Josef Schuster, founder of IPO investment and tracking firm IPOX Schuster. But the overall stock market has been down in the last two weeks, and investor interest could flag quickly, he said.”It may be rough waters for Facebook in the next few days, given that pricing has been up and up in a market that’s been down and down,” he said.Facebook has more than 900 million users who log in at least once a month, but it makes only a few dollars per year from each one, chiefly through advertising. Advertisers have been complaining that it’s difficult to make good use of Facebook.

A person briefed on GM’s advertising said the company will stop running paid advertising on Facebook by mid-summer because advertising agencies and third-party companies that reviewed the ads determined the company wasn’t getting much back for its $10 million annual investment.The person, who spoke on the condition of anonymity because GM’s ad strategy is private, said the Facebook ads did not entice consumers to consider GM products.GM will, however, maintain Facebook pages for all of its brands and models. Those pages are popular and do attract customers to products, the person said. But they don’t make money for Facebook.

GM spends about $30 million a year creating content such as pictures and videos to post on the pages, the person said.More than 3.1 million people on Facebook “like” two pages dedicated to the Camaro muscle car, and 1.2 million “like” the Chevrolet brand. GM also has brand pages for individual countries.GM said that it constantly reviews whether its advertising in all media reaches the right age and income demographics. It could reconsider Facebook ads later in the year, the person said.GM’s advertising spending is a tiny fraction of Facebook’s total 2011 advertising revenue of $3.15 billion. But the automaker’s decision could be symptomatic of Facebook’s weak appeal to advertisers.

The social network’s chief moneymakers are so-called “display ads” — boxes that show up on the right side of Facebook’s page. They’re tuned to users’ interests and activities, but they don’t connect as well as Google Inc.’s search-based ads.The problem may not be just Facebook’s. The advertising world is set up to take advantage of one-way media like magazines and TV, not two-way channels like Facebook, and may need some time to adjust.Ford Motor Co. is taking the opposite tack of GM. It’s set to increase spending on Facebook advertising this year, said Scott Monty, Ford’s global head of social media. Ford sees the site as a way to build long-term relationships with customers, not just as an online billboard.

Ford complements display ads by sponsoring stories in the news feeds of people who subscribe to its pages. People see them in the area where their attention is focused, rather than in the right-hand column, Monty said.It also buys ads that appear when a person logs out of Facebook, with images and descriptions of products such as the Ford Mustang, he said. He wouldn’t say how much the carmaker spends with Facebook.The value of Facebook ads, Monty said, can’t be measured simply by the number of clicks they get from viewers.”It’s a holistic kind of a relationship thing rather than a single transaction we’re looking for,” he said. – Yahoonews