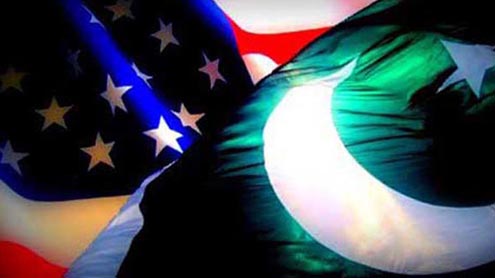 The Obama administration is seeking one billion dollars for Pakistan in its budget proposals for fiscal 2015, which were sent to Congress on Tuesday. The $3.9 trillion budget package includes $46.2 billion to fund the State Department and US Agency for International Development. US assistance for other countries, including Pakistan and Afghanistan, comes from this fund. Although the requests for these two government agencies reflect a 0.2 per cent decrease from 2014, the administration maintains funding for many of its key priorities and also seeks a sizeable increase in funds for Syria. The budget proposals set aside $5.1bn for programmes in Afghanistan, Iraq and Pakistan.

This too is a significant reduction from previous years. Experts appearing on various US television channels attributed this to the Obama administration’s plan to reduce its military engagement in Afghanistan and the end of war in Iraq. The $1bn sought for Pakistan includes $280 million for supporting Pakistani security forces. The rest is economic assistance. The Obama administration is seeking $2.6bn for operations in Afghanistan and $1.5bn for Iraq, including $250m to support the Iraqi military. A document released by the White House describes “responsible transition” from “military missions to political and security support for a unified Afghanistan government” as one of the administration’s main goals in 2015.

The United States plans to withdraw most of its troops from Afghanistan by the end of this year but intends to keep a small residual force if Kabul signs a bilateral security agreement. In its budget note, the White House says that it wants the Afghan government to take “full responsibility for its own future” as the US withdraws. The $1.5bn requested for Syria will be used to help Syrian refugees and moderate opposition forces trying to defeat President Bashar al-Assad. The spending plan asks Congress for $1.5bn to support democratic transitions in the Middle East and North Africa as well as to ease the humanitarian crisis in Syria.

It would set aside $400m to support an anticipated transition in Syria. The Pentagon has requested $496bn for 2015 budget, which does not include money for operations in Afghanistan. The war-funding measure is being delayed because the Afghan government has not signed a security pact. Despite US troop levels in Afghanistan falling 40 per cent between 2013 and 2014, the Pentagon’s spending request did not decline much. The Pentagon requested $88.5bn in 2013 and Congress approved $85bn in 2014, adding $5bn to the request.  Dwan