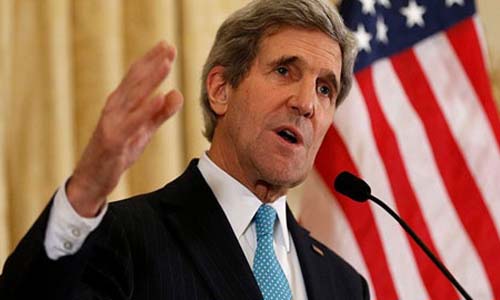 Even today, the region’s many problems are caused by the Iraq war, the U.S. is trying to address, citing example of President Obama’s pulling out the troops from Iraq, he said. The statement of the US Secretary of State has come at a time when Iraq has already suffered an irreparable loss and the country is bleeding in a civil war. -thenews