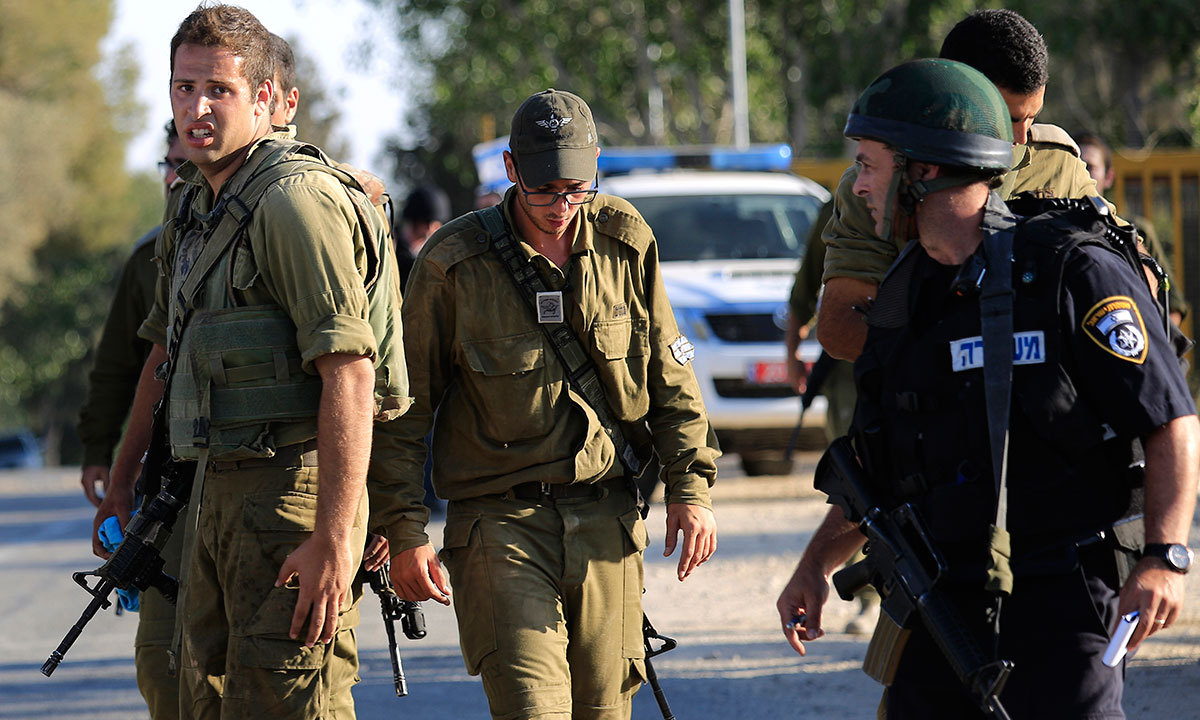 Israel announced it would be holding its fire in most of Gaza for seven hours Monday, amid world outrage over a deadly strike on a UN school in the Palestinian territory. The unilateral truce, four weeks into the offensive in Gaza, came after world powers fiercely condemned the attack that left 10 Palestinians sheltering at a school dead.

The Israeli army said the seven-hour “humanitarian window” would take place between 0700-1400 GMT in all of the Palestinian enclave except the area east of southern city Rafah,“where there was still the presence of Israeli military. “The army warned in a statement that it would “respond to any attempt to exploit this window” and attack civilians and soldiers during the truce, the sixth Israel has declared since the July 8 beginning of the confrontation. It also said that residents of Abasan al Kabira and Abasan al Saghira, two villages east of Khan Yunis in southern Gaza, could return home. The announcement was received with distrust by the Islamist Hamas movement, whose spokesman Sami Abu Zuhri called on Gazans to proceed with caution.

“The unilateral ceasefire announced by Israel is an attempt to divert the attention from Israeli massacres,” he said. The Israeli army claimed that it had on Sunday targeted three militants on a motorbike “in vicinity of an UNRWA school in Rafah. “UN Secretary General Ban Ki-moon called the attack on the school sheltering some 3,000 Palestinians who had fled their homes due to the fighting “a moral outrage and a criminal act”. US State Department spokeswoman Jen Psaki said Washington was “appalled” by the attack and called for a “full and prompt” investigation. “Israel must do more to meet its own standards and avoid civilian casualties,” she said.

French President Francois Hollande said the bombing of the school was “unacceptable”, backing calls by Ban “to ask that those responsible for this violation of international law answer for their actions”, without saying who he considered responsible. In an early Monday statement, Israeli Prime Minister Benjamin Netanyahu said “Israel does not aim its fire at civilians and is sorry for any attack that unintentionally hits civilians,” without directly addressing the attack on the school. Israeli strikes on Gaza meanwhile continued Monday and killed 11 people, among them a militant commander, raising the death toll since the July 8 beginning of the confrontation to over 1,820 according to Palestinian medical sources. -dawn