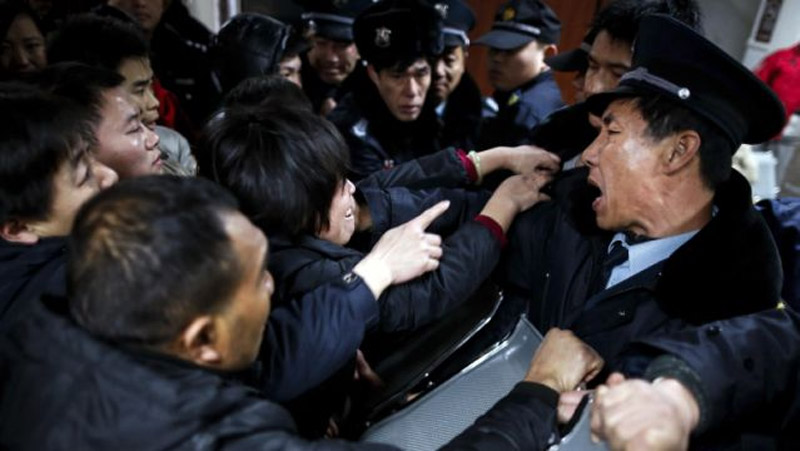 At least 35 people have been killed and dozens injured after a stampede broke out during New Year’s celebrations in the Chinese city of Shanghai, state-run media reported early Thursday. CCTV America, citing Sina News, reported that the cause of the stampede on the Bund, the financial hub’s popular waterfront area, was still unclear. At least 42 people were injured, the report said. State news agency Xinhua said in an earlier report that a stampede had taken place and that people with injuries had been hospitalized, but offered no further details in English.

Pictures posted on social media showed huge crowds surrounding people lying on the ground in the middle of the street, but they could not be immediately verified.  Authorities had earlier cancelled a New Year’s countdown with a 3D laser display at the Bund due to crowd concerns, the Shanghai Daily reported last week. The event had been growing in popularity for three years, but last year’s turnout of some 300,000 people far exceeded authorities’ expectations, the report said. –AFP