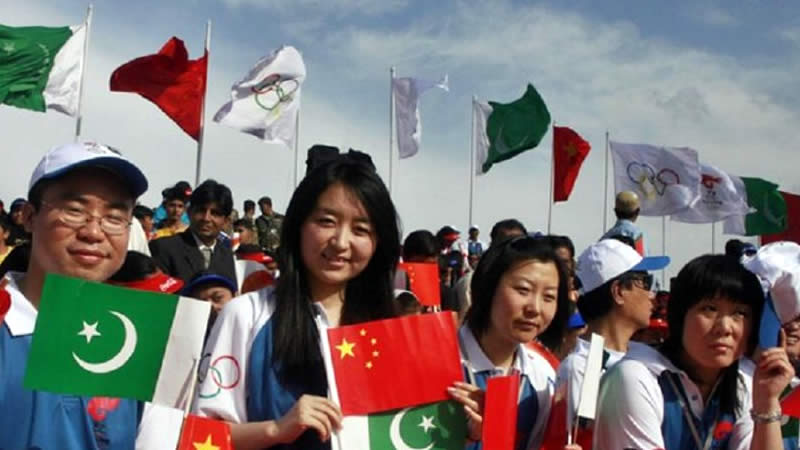 Pakistan and China will celebrate their 70th anniversary of diplomatic ties with a series of events starting from Tuesday (Today).

According to a press release issued by the Ministry of Foreign Affairs (MoFA), to mark the establishment of diplomatic relations between the two countries on 21 May 1951, a virtual ceremony will be simultaneously held in Islamabad and Beijing today.

The communique further stated that both countries would be organizing a series of events throughout the year to commemorate this historic milestone in a befitting manner.

Earlier it was reported that China welcomed the comments of Prime Minister Imran Khan on the elimination of extreme poverty, saying that it was ready to help developing countries in the poverty alleviation efforts.

The spokesperson also commended officials of the international organisations, including the United Nations Coordinator in China, and said China’s outcome in poverty alleviation brought important outcomes for the world.

He said the elimination of extreme poverty was a “milestone in China’s improvement of people’s well-being and in its human rights course,” adding, since the 18th CPC session, every year, over 10 million people in China were lifted out of poverty equaling a size of the medium-sized country. “So, about every three seconds, one person was lifted out of poverty.”

Wang Wenbin said after the reforms and opening up in China, 770 million rural population had been lifted out of poverty. “China’s poverty alleviation results belonged to China and the world,” he said and added, there were the Chinese solution to the international poverty eradication.

He said the Chinese side was ready to work with other countries and help developing countries to eliminate poverty and realise the 2030 goals for sustainable development so that people all around the world could live a better life.