Delhi votes BJP back to power 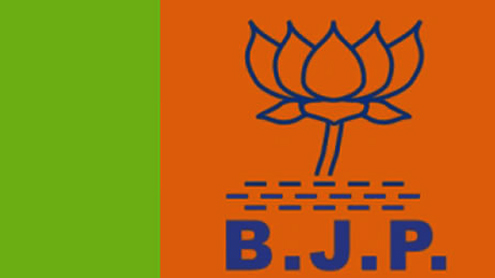 A triumphant Bharatiya Janata Party (BJP) on Tuesday retained control over Delhi’s civic administration, with the results of elections to the trifurcated Municipal Corporation of Delhi (MCD) coming as a shot in the arm for the party ahead of the 2013 Delhi assembly polls. The BJP won 138 seats of the 272 wards in the trifurcated civic body. The Congress secured 78 seats in the polls.

While the BJP lost 26 seats as compared to 2007 when it had won 164 seats, the Congress’s tally went up from 64 to 78 seats.Of the smaller parties, the Bahujan Samaj Party (BSP) bagged 15 seats, Nationalist Congress Party and Samajwadi Party secured two seats each, while Independents bagged 24 seats.The issue of corruption and price rise played hard on the minds of voters who let local issues take a backseat, said BJP leaders as the results started pouring in. The Congress said the election centred on local issues.

“These are local elections, local issues. People who work for the people, these are qualities that count. In every election, there is a winner and a loser. One has to accept it with good grace,” Prime Minister Manmohan Singh told reporters here on the sidelines of a function.With 97 per cent of the national capital under the MCD, people have pinned hopes on the three new civic bodies to deliver a hassle-free and efficient functioning of the civic infrastructure and public amenities in the city of 16.7 million. The remaining three percent is under the New Delhi Municipal Council (NDMC) and the Delhi Cantonment Board. The trifurcated civic body has 104 wards each in the south and north corporations, and 64 in the east. Of the 272 seats, 138 are reserved for women — a move towards larger stake for women in the city’s local body.

Of the 104 wards in the north corporation, the BJP bagged 59 wards while Congress could only garner 29 wards. Besides, four independent candidates won in the north corporation and the BSP got seven seats. Of the 104 wards in south corporation, BJP won 44 wards, falling short of majority, whereas Congress stood second with 30. In east Delhi corporation which has 64 wards, BJP secured 35 wards and Congress got 19.The tally of BSP was seven and five in north and south, respectively. It won three wards in east corporation. Bagging a victory in the country’s largest civic agency in terms of geographical area has also given a major boost to the BJP, party leaders said. “This will give direction to other polls. The inclination of the public has been towards BJP, whether it is Punjab, Goa, Mumbai civic polls or now the Delhi civic polls,” a smiling BJP chief Nitin Gadkari told reporters.

For the Congress-led Delhi government, the loss meant a time to reflect on the strategy for the 2013 assembly polls. “People are tired of corruption and price hike. This result would see a repeat in the state elections as well as Lok Sabha polls. Trifurcation has fallen flat on Congress’s face,” said V.K. Malhotra, BJP leader of opposition in the Delhi assembly. Agreed Sandeep Dikshit, Congress MP and son of Delhi Chief Minister Sheila Dikshit. “The people have voted on national issues like corruption and inflation,” he said.Most Congress leaders refrained from speaking on the party’s debacle. Party spokesperson Rashid Alvi said: “It is the decision of the people that matters.”

While Mumbai’s municipality is the richest in the country, Delhi’s municipality is known for its outreach of services to over 97 percent of the capital that is home to urban middle-class in posh areas as well as migrants from all across the country. Interestingly, the new set-up will see major changes as people living in west Delhi will now come under the South zone civic agency. – Khaleejtimes