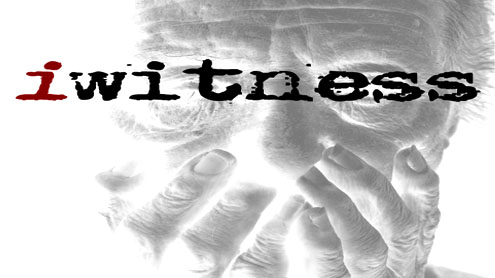 With the courts of law currently trying to play a more active role in dispensation of justice in Pakistan, the demand for witnesses, who can tell the truth, the whole truth and nothing but the truth, is on the rise lately, Mr Right said flashing a meaningful smile.“If this is true a large number  of people, who don’t like quick disposal of cases, will be disappointed,” I said. “No self-respecting lawyer would ever allow this to happen. Witnesses are puppets in the lawyers’ hands.”Mr Right said, “A judge, who saw a witness in distress during the cross examination by a lawyer, asked him, “What’s the matter, you look disturbed?”“Well, your honour,” the witness replied, “I swore to tell nothing but the truth, but every time when I try, the lawyer raises an objection?” “That’s a fact. The lawyers don’t like the witnesses to speak the whole truth all the time,” he observed. “But times have changed now as the apex court itself is now encouraging witnesses to come forward and help the court find the  ultimate truth.”“Are you referring to the Supreme Court’s recent advert in the newspapers asking the people to record their witnesses about the alleged breaches in canal embankments during the floods?” I asked. “Yes,” Mr Right said. “Witnesses are welcome not only to tell where embankments were breached but also point out the names of those involved in the crime.”“This certainly underlines the importance of witnesses and the exemplary trust placed in them by the country’s apex court,” I agreed.“I hope this will encourage the people to voluntarily come forward and offer honest accounts in cases of target killings, political corruption and terrorist acts which have been closed for want of witnesses,” Mr Right said.“It’s time to form a forum to support and encourage the people to testify in cases where nobody earlier dared to speak the truth. This will help society purge undesirable elements,”  I suggested.

“A pop singer these days is spearheading a campaign launched by a telecom company to encourage the people to speak up against corruption,” Mr Right pointed out.“Oh yes,” I said. “It’s a protest campaign against silence and wants the people to raise their voices against wrongdoings and corruption.” “The new confidence given to witnesses by the apex court initiative will help them speak up against injustices,” Mr Right said. “We can launch a Voluntary  Organisation of Witnesses (VOW), a pop movement to restore the dignity of witnesses.”“This is a great idea indeed,” I said. “We can set up its branches in various districts and towns to collect witnesses against ‘black sheep’ of society  and demand action against them by the courts.”“VOW might help to solve the mystery of BB’s murder and find convincing proofs of corruption against those involved in NRO cases,” Mr Right said.“It may also encourage the man in the street to become a witness to help the court send a bribe-taking traffic cop behind the bars and bring a trigger-happy motor-cyclist to book for shooting a passerby,” I said.

“The best service VOW may provide to society is to create a dread of witnesses in the hearts of criminals,” Mr Right said. “Because they think that they can never be punished, for nobody will ever dare to speak against them in the court.”“You are right, Sir,” I said.“I have a diary which has a record of scores of incidents in which I had seen policemen, motorists and public dealing staff in various public and private organisations doing things which were forbidden  by the law, but I could not do anything except remaining quiet.”“Be happy now,” Mr Right patted my shoulder, “The time has come to make your presence felt as a witness and overturn the tables on wrong-doers.” “VOW, it sounds great,” I said.“Yes, but now the ball lies in the court,” Mr Right grinned. “I mean the real court. The judiciary has to come up to the people’s expectations – khaleejnews