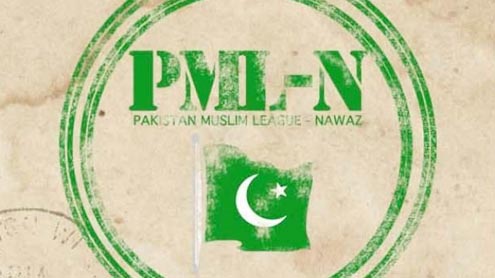 The PML-N government is discovering just how much hot water Pakistan is in after taking office. With almost two months gone by, the government has wrestled with, and finally delivered a policy on arguably one of the two most critical crises facing the country: energy (the other being terrorism).

The National Power Policy (NPP) 2013-14 presented by the government on Tuesday, first to the Council of Common Interests (CCI), later to newspaper editors and media persons, appears comprehensive and well thought through, but there are still questions that niggle. The CCI comes into the picture constitutionally and practically (without the provinces on board, the goals of the NPP will be difficult, if not impossible, to achieve, not to mention the IMF loan under negotiation).

However, this first meeting of the CCI under the new government, with all the provincial governments in attendance, gave early indications of the problems ahead. The provinces had grave reservations about being asked to rubber stamp the policy without the benefit of perusal, analysis, and expert comment. Khyber Pakhtunkhwa led the charge, and Sindh followed. At least three of the provinces are less than thrilled at the proposal to deduct 70 percent of the electricity and other utility bills to be collected by the provincial governments from their shares in the federal divisible pool (30 percent would be left for adjustments, disputes, etc). Private sector defaulters will be disconnected if payment is overdue 60 days and reconnection will only be on the basis of pre-paid meters.

The NPP identifies three major problems: (1) energy deficit; (2) pricing, affordability, subsidies; (3) distribution. That just about covers every known affliction of the energy sector. Although the diagnosis offers not much that is new, the solutions mooted attempt to make some departures. Generation will incrementally be improved by, for a start, creating a merit order in fuel allocations, the more efficient plants being given priority (the IPPs). New projects will come on line over the next five years to whittle down the gap (these include thermal, hydel, coal and renewable energy generation projects).

At present, 45 percent electricity comes from expensive furnace oil generation. At the demand end, conservation strategies will be formulated with measures such as energy saving bulbs in bulk (at first imported, later manufactured domestically), early closure of commercial centres, etc. The energy mix will increasingly veer away from expensive thermal and towards cheaper sources. The average cost of electricity generation, revealed to be about Rs 15.70 per unit at present, would thereby be reduced to single digits. Meantime, lifeline consumers of less than 200 units per month will be cross-subsidized.

The present difference between the cost of generation and distribution and the billed price (around Rs 6 per unit) will eventually be eliminated. On the distribution front, the inherent inefficiencies of DISCOs, the degraded national grid infrastructure, and theft will be addressed through restructuring the DISCOs for professionalism, devolution and accountability and/or privatization, investment in the creaking infrastructure, and (an ongoing) aggressive drive against thieves. Currently, our line losses are admitted to be in the range of 25-28 percent (the international norm is 11 percent, best standard is 6 percent), and theft hives off Rs 140 billion per annum (conservative).

There is also the proposal to let high loss (theft) areas suffer greater load shedding, as KESC does. Of course this tars paying consumers in such areas with the same brush as non-payers, which seems unjust. There are also proposals for the creation of a coordination council to bring together the various ministries involved, but without empowerment, this appears a toothless non-starter.

There are of course a host of other, detailed proposals in the NPP that require more space for delineation and to which we will return, but it is necessary to state that the ambitious NPP has not indicated its price tag, nor whether such huge funds would be available (despite Dar’s optimism that concessional financing would become available once the IMF loan goes through). The security and law and order constraint was discussed in the media interaction, with Prime Minister Nawaz Sharif being honest enough to admit it was the biggest headache.

Last but not least, planning (if it could be flattered with such a description) in the past in the sector has been characterized by the left hand not knowing what the right hand was doing. To take just two examples, if the NPP’s re-prioritisation of gas for power generation is implemented, there seems no thought given to the impact on the fertilizer industry or CNG sector.

The latter, it seems, has fallen on hard times after all the investment in a huge national infrastructure and seems destined to close. The former could also close, destroying not only a $ 10 billion investment but indigenous manufacturing, implying de-industrialisation and an import bill of Rs 452 billion, apart from negative effects on agriculture and food security. In future, decisions about scarce energy resources should not be taken in the manner of cutting off one’s nose to spite one’s face. – DailyTimes