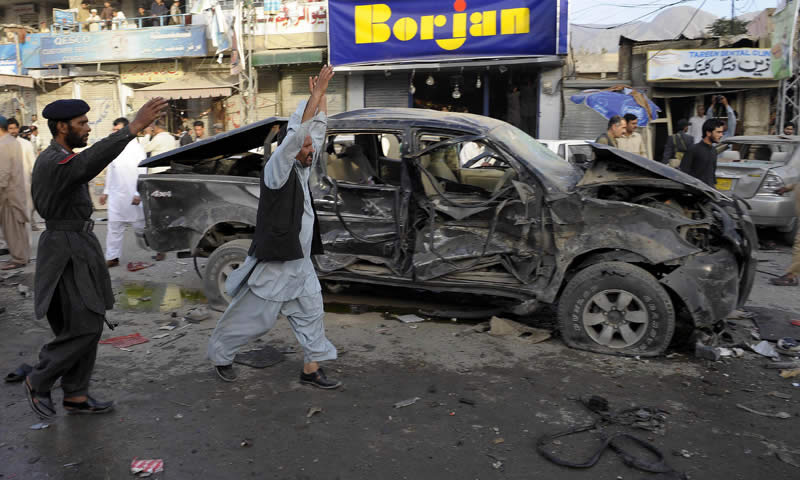 At least seven people were killed and 10 others injured in an explosion near a polio centre in Quetta’s Satellite Town on Wednesday, rescue sources said.

The victims, most of whom are police officials, have been shifted to Civil Hospital Quetta, where an emergency has been imposed. Eyewitness at the site said they heard firing after a loud blast rocked the area.

Police and rescue workers reached the site soon after the blast, while security forces have cordoned off the area. Today is the third day of a three-day anti-polio campaign which was launched in Quetta and other districts of Balochistan on Monday. The campaign is to target 2.4 million children under the age of five. Over 55,000 children of Afghan refugees are to be immunised under the campaign.

Polio teams were being dispatched from the polio centre targeted today in the blast, security sources said. Pakistan remains one of only two countries on the World Health Organisation’s (WHO) list of polio-endemic countries. Polio workers have long been targeted in the country due to rumours that the polio immunisation drive is a front for espionage or a conspiracy to sterilise Muslims. The rumours have made inhabitants of lesser-developed parts of the country more wary of allowing immunisation.