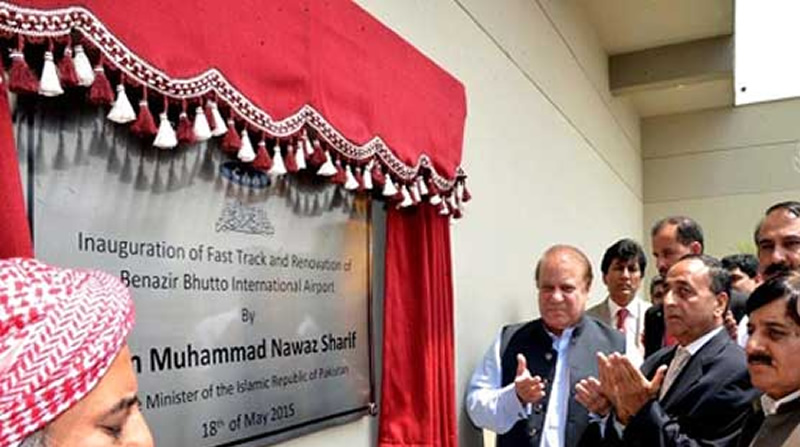 The Prime Minister visited different departments of the airport which has been upgraded and renovated in six months duration at a cost of 450 million rupees to provide added facilities for domestic and international passengers. On the occasion, Air Chief Marshal Sohail Aman, Advisor to Prime Minister on Aviation Shujaat Azeem, member of National Assembly (NA) Dr Tariq Afzal, former member NA Haneef Abbasi and other higher officials’ were also present. Shujaat Azeem gave detailed briefing to PM Nawaz on the upgraded and renovated project and told him that a separate building has been made for fast track facility of international departure in which fast-track counters are established.

The new facilities include Delta Taxi Track, Fast-Track Building, Business Class Fast-Track and Business Class Lounge whereas Wi-Fi system has also been installed for the first time on the airport. As per the project, the counters for passengers have been increased and space for car parking has been enlarged for 1000cars and 4000 motorcycles with separate parking area for airport employees. Besides this the new Taxiway will save Rs.120 million per month for airlines in terms of fuel.